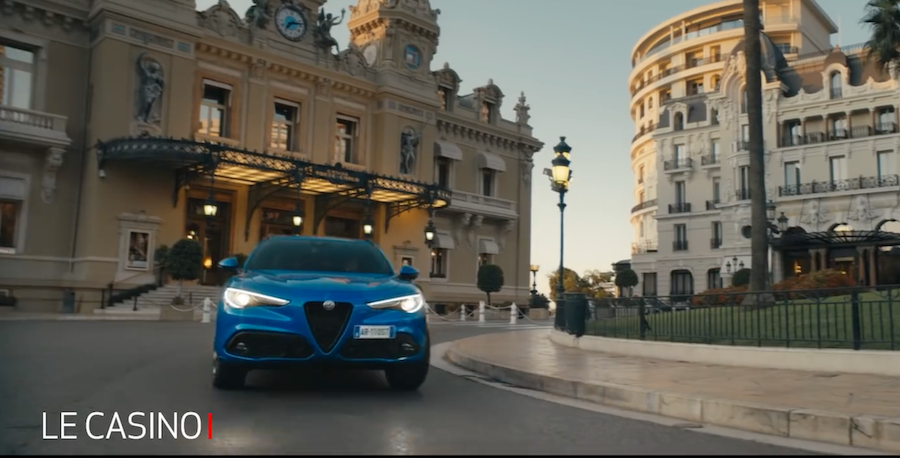 In the advertisement, the Finnish pilot listens to music and confidently traverses the streets of the Principality, following much of the Grand Prix track he has done so many times before, only this time, instead of driving in his Formula 1 race car, he is driving an Alfa Romeo Stelvio. At the end, viewers see a beautiful woman waiting and looking at her watch. Raikkonen leaps out of the car and apologises to the lady for being late, saying it was his “first time in Monaco”.

The joke of course being he is very familiar with the streets, having raced the Monegasque course many times, even winning it in 2005.

The hope is that by associating the “the Iceman” with the Stelvio, Alfa Romeo will be able to shift more of the cars, which have seen a tumble in sales of nearly 25% over the last year in the United States. They are also hoping to revive sales of the Guilia, which have seen a marked 30% drop in the same time period.

The ads aren’t the only enticement for customers to take a look at the cars. Both models have received facelifts for 2020, including high-tech features such as a larger 8.8 inch (22cm) touch screen infotainment systems, improved graphics, and faster processing power. It also boasts improvements in active driver assistance, adding a new highway assist system that integrates adaptive cruise control, lane centring and stop and go.