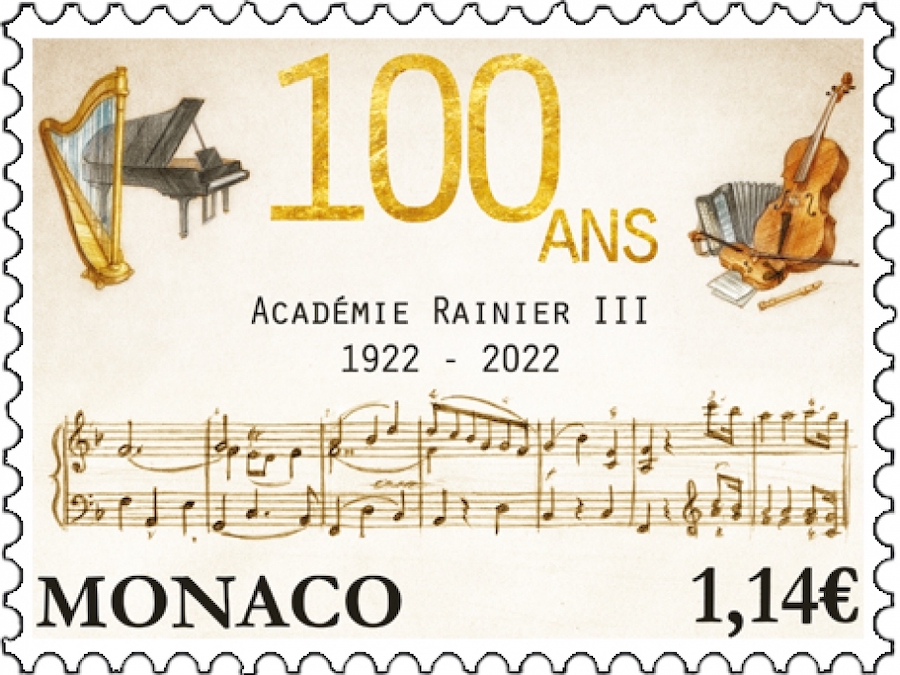 A commemorative stamp has been issued for the 100th anniversary of the Rainier III Academy, the Principality’s official music school, which was created in 1922 by Monegasque composer and musician Louis Abbiate.

This is a banner year for the Principality, celebrating several big events, not least the 100th anniversary of the death of Prince Albert I, but also the centenary of the Rainier III Academy, which has been observed with the creation of a new stamp.

In the beginning, the school was more about lessons than a unified establishment. Called the ‘Public and Free Course in Musical Theory and Ensemble Music’, founder Louis Abbiate never saw his school officially recognised. A year after his death, in 1934, the government took over and renamed it the Municipal School of Music by Sovereign Ordinance.

Since then, the school has been under municipal management and has come a long way from the early days when all that was on offer were two courses, one in music theory and the other in ensemble music.

Today’s selections are far vaster for the 800 students, and are divided into departments. There is the Music Section, which covers classical, early music, and jazz and current music. Then there is the Theatre Section, which has lessons in the dramatic arts.

The commemorative stamp was designed by Stefano Morri and embellished with hot foil stamping. There will be a limited run of 40,000 stamps, making it an edition that will no doubt be collectable in years to come.

The stamps will be on sale at the Stamp Office (Office des Timbres), the Museum of Stamps and Coins, at post offices and at stamps dealers in the Principality, as well as at the Carré d’Encre in Paris.

A press conference will be held in April by the Mairie, who will present all other related events of the 100thanniversary of the Academy.