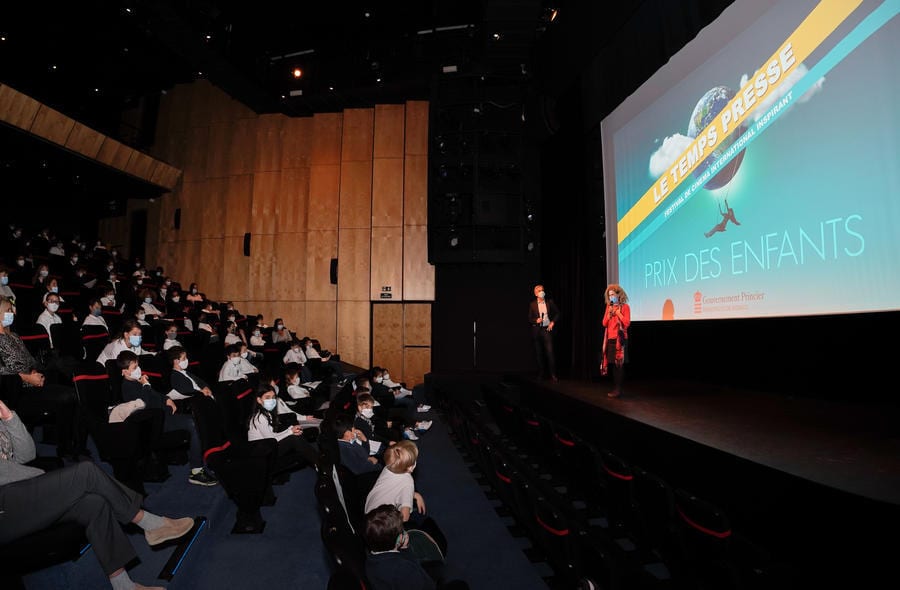 Over 500 students in Monaco were invited to be jury members for Le Temps Presse Festival this week, an event designed to raise awareness about poverty and sustainability through film.

Le Temps Presse Festival is supported by the Prince’s government and is now its 10th year.

The nominated films were screened at the Théâtre des Variétés from Monday 23rd to Wednesday 25thNovember and the pupils were asked to vote for their favourite short films that had been submitted from filmmakers around the world.

There were three categories in the youth prize arena: the Children’s Prize, the Secondary School Prize and the Student’s Prize.

The films were required to have a connection in some way with the 17 sustainable development goals adopted by the United Nations in 2015 and were meant to be tools in helping to raise awareness.

Founder Marc Oberon presided over the festival and this year welcomed a record-setting 27 classes from eight different local schools to participate. The children were asked to choose from the five films nominated and their votes will be counted and added to the other youth members of the jury who are located in Monaco’s partner countries – Mali, Madagascar and Burkina Faso.

For the first time, due to the health crisis, the Students Prize votes were cast online. Students from Sciences Po Paris, Mediterranean Middle East campus in Menton watched the six shortlisted films and together chose their winner.

This educational activity is part of a partnership agreement signed in 2014, renewed this autumn, with the Department of International Cooperation and the Campus. The entities collaborate to raise students’ awareness of development issues and the fight against poverty in the world.

The award ceremony for Le Temps Presse Festival will be held in April 2021 in Paris.