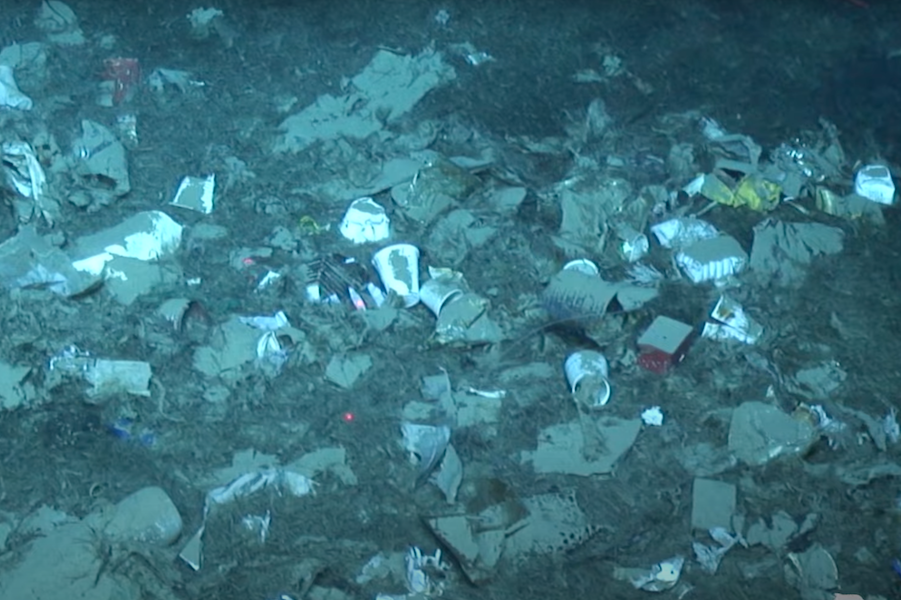 During Monaco Ocean Week, the players of RAMOGE, an agreement between Monaco, France and Italy, released an awareness video highlighting the impact of marine pollution, called Thrill in the Abyss.

It’s only just over four minutes long, but Thrill in the Abyss (Frisson dans les abysses) packs a big punch.

The short French film covers exploration campaigns undertaken by scientists from the three nations that make up RAMOGE, where they found in underwater canyons, along with beauty, an alarming amount of waste accumulation at depths of over 2,000 metres, roughly 30 kilometres off the coast.

The staggering amount of waste was captured on film from wire-guided underwater vehicles in September 2018, which can reach depths of 6,000 metres below sea level. It shows the extremity of the situation, with piles of rubbish sitting on the seabed that had been carried from the land and rivers to these resting places.

The jarring impact of seeing a veritable junk yard where there should be grasses and creatures puts a fine point on the problem facing the seas with regard to ocean pollution. These undersea garbage dumps are filled with plastic cups, old cans, tennis balls and a variety pack of unidentifiable detritus.

There was even a pot of yogurt from the brand Chambourcy, a French company that shut down in 1996.

“It looks light and fragile, but it has been here, in this deep area of ​​ecological interest, for several decades. Seeing is believing. And that’s only the visible part, there are also microplastics,” Anne Vissio, Executive Secretary of the RAMOGE Agreement, told Monaco Matin. “We realised that the canyons are areas of accumulation of waste. All this waste comes from the earth, has been abandoned in nature, then carried by waterways and currents.”

“Removing them is very complicated technically and would cost a fortune,” she said. The purpose of this video, which we hope will be relayed massively, is to say ‘Stop, let’s not add more!’ Individually, we can act and stop the use of plastic. On a global scale, we must stop the production of plastic packaging.”

The footage also showed the marvels of the seas, such as fish, tiny sea crustaceans, coral and other such incredible sea flora and fauna, but these beautiful images don’t hold a candle to the mess found in their habitat.

Beyond the horror of how terrible it looks, it is also possible they are dangerous to health. As the plastics slowly break down, they release microplastics which are typically passed through the body without harm. The danger comes from the microplastics on the surface of the ocean that attach to plastic and travel long distances. The plastic actually serves as a carrier. Certain micro-organisms attached to it can be pathogenic for marine organisms, toxic or invasive.

RAMOGE is made up of delegates from France, Monaco and Italy and was formed in 1991 after an oil tanker sank off the coast, threatening the coastlines and the sea life. They work to fight against accidents such as these and establish cooperative agreements in the event of any such occurrence. Additionally, the representatives work to protect the biodiversity of the Mediterranean, which hosts between 25% and 30% of the endemic species and 10% of the marine species known to man, despite only covering 1% of the world’s ocean surface.

See the video below…