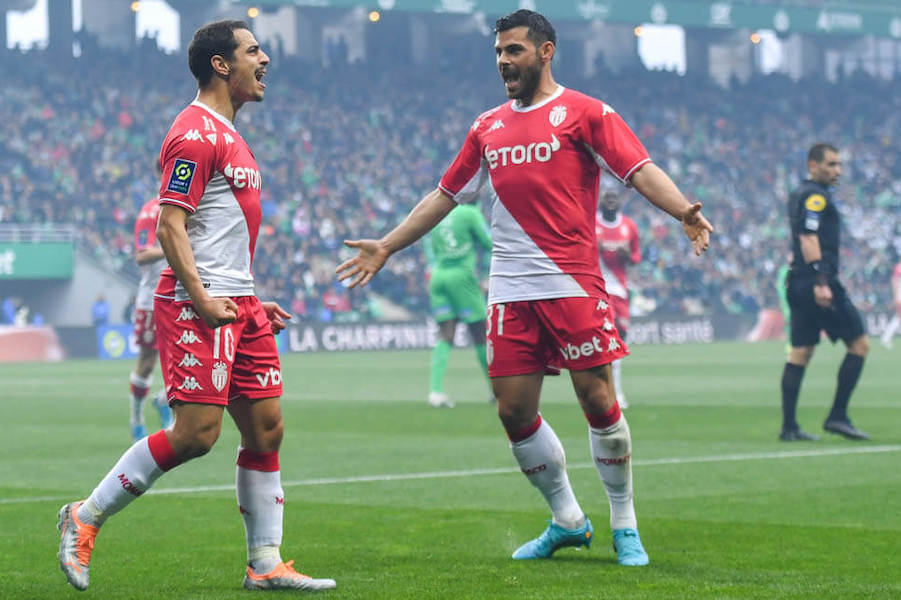 Thanks to Strasbourg’s loss to Lille, Monaco moved up to fourth, behind Rennes only on goal difference.

Since Clement’s declaration post-Braga defeat that there are “10 finals” left to go in the season, they have won every match. Nothing has yet been decided, however, as Aurélien Tchouameni reminded us post-match, “Before today’s game against Saint-Étienne there were five finals, and there are still four to go. I repeat, we still have to take the matches one after another.”

Following consecutive victories against rivals for the European spaces, a different kind of challenge awaited them in the Geoffroy Stadium. But amidst a hot atmosphere, which prompted two delays due to pyrotechnic displays, one of which lasted over 30 minutes, Clement’s men got the job done.

The Principality side started as they meant to go on. Kevin Volland tested the goalkeeper early, whilst Gelson Martins, in for Ruben Aguilar in what was the only change, had to score the rebound, but blazed over with the open goal gaping.

Monaco kept pushing and took the lead soon after. Caio Henrique’s grounded cross was met perfectly by Ben Yedder, who swept home to net his 20th in the league this season.

Only seconds later, the lead was doubled in a near mirror image of the opener. Gelson Martins this time with the cross, and although Volland’s finishing touch wasn’t as clean, it was nonetheless sufficient to give Monaco control of the match.

Wahbi Khazri’s converted penalty following a slightly rash Tchouameni challenge in the box gave Les Verts hope of a revival. That notion was put to pay early in the second half, Timothee Kolodziejczak’s spectacular own goal restored the two-goal cushion, before the lengthy delay.

The much-prolonged game was then wrapped up as a contest by Myron Boadu, who couldn’t miss his open goal attempt from six yards.

Another three points firmly asserts Monaco as the form side in the division, as they chase after an ever-more realistic podium spot. Post-match, Clement reflected on an important victory in a hostile atmosphere.

Monaco are a free-flowing, free-scoring attacking outfit once more, and should Ben Yedder, Volland and Boaud’s form continue through until the end of the season, that may just be the difference between meeting their objectives or falling agonisingly short. 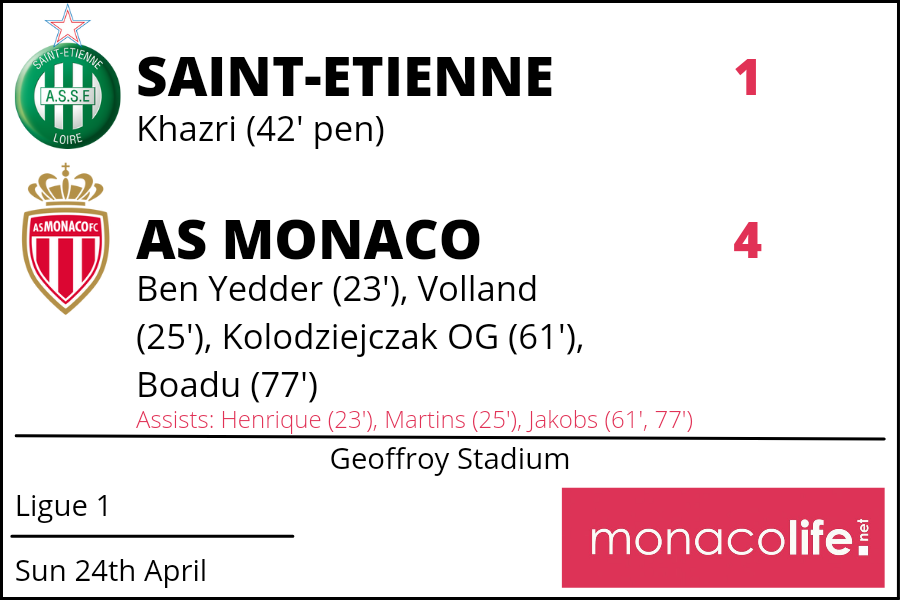