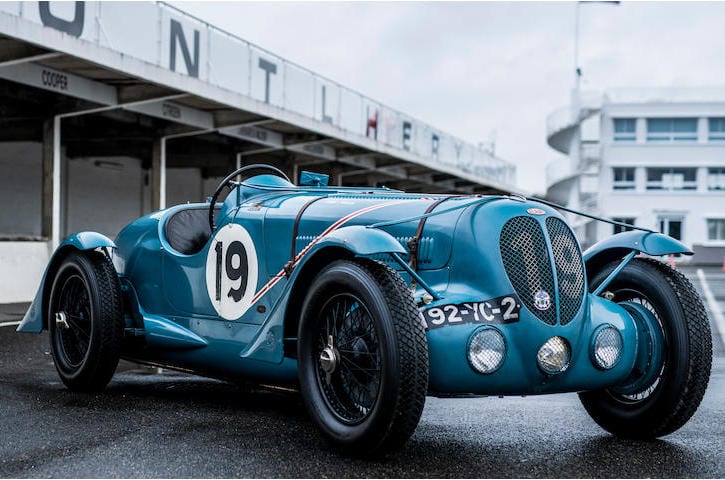 Bonhams auction house is organising a sale of rare and exceptional automobiles next month in Monaco, including a 1936 Delahaye 135 with an estimated value of €1 million.
Bonhams is hosting the car lover’s dream sale of unique cars, called Les Grandes Marques á Monaco, on 23rd April.
Some of the highlights are a 1936 Delahaye 135 S Competition Court racing car known as “Blue Buzz II” which participated in endurance races in the 1930’s, including the 24 Hours of Le Mans.
The French-made Delahaye was one of the best racing cars of the pre-war era and notably had the first female motorsport team owner, Irish-American Heiress Lucy Schell, a rarity even today. This particular car, once owned by Schell herself, is estimated at somewhere between €800,000 and €1 million.
Also on the block is a 1949 Simca Barchetta valued between €190,000 and €240,000. Created by racing driver Jean Estager, he transformed a Simca Eight into an elegant race car with a 1086cc engine made by Simca’s Roger Deho and a chassis handcrafted by Milanese coachmaker Motto.
A 1947 Cisitalia D46 Monoposto is also up for sale. Estimated at €150,000 to €200,000, this Italian brand was founded by industrialist Piero Dusio who counted among the pilots of his team big names like Nuvolari, Ascari and Chiron.


For those with slightly more modern tastes, a rare 1991 Isdera Imperator 108i is going under the gavel with an estimated value of between €500,000 and €700,000. The design was considered futuristic when it was first experimentally debuted by Mercedes in the 1970s. Engineer Eberhard Schulz led the design team who built this prototype with its distinctive “butterfly doors”. Only 30 of these cars were ever made.
The Bonhams Monaco sale will be staged as a live and online auction on 23rd April at the Fairmont Monte-Carlo.