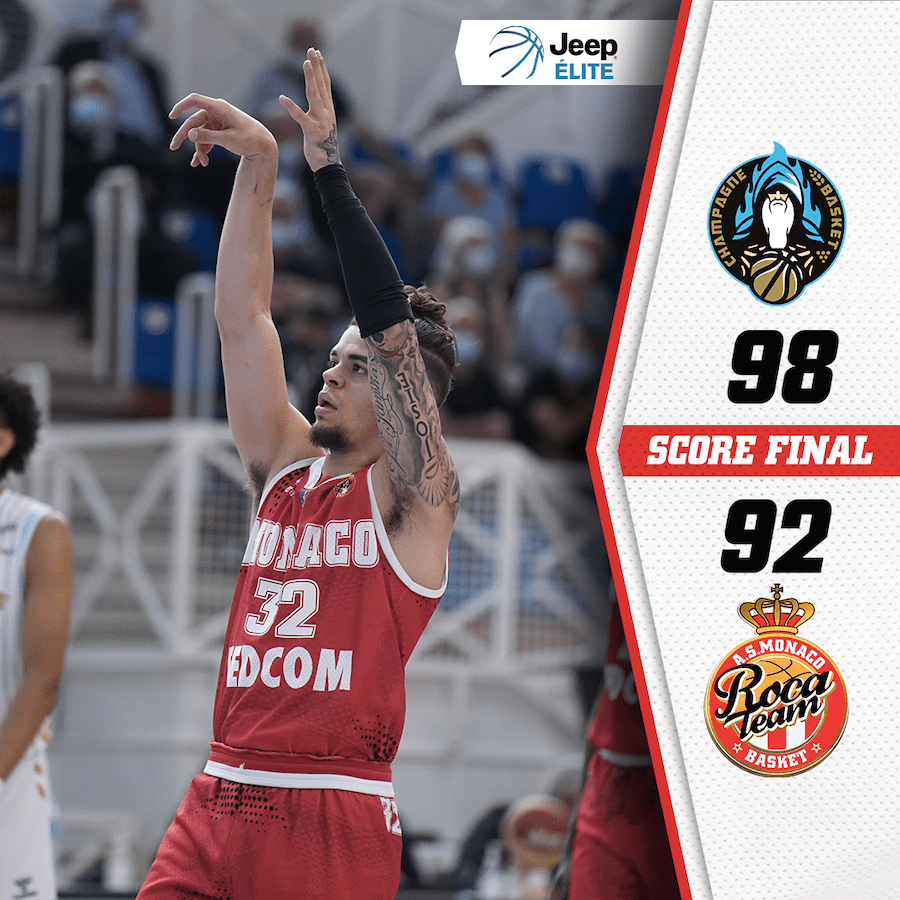 AS Monaco Basketball ended a five-game winning streak to Châlons-Reims on Tuesday night, losing 92-98.
Despite playing in the Champagne-making capital of the world, the Roca team didn’t have reason to celebrate with any of the famous fizz after their 92-98 defeat against Châlons-Reims, marking only their fifth loss of the season.
It was a big night for the home team who were finally able to welcome back their fans, and they put on quite a show, stopping Monaco’s five game run of luck. The loss was disappointing to be sure but not a deal-breaker, as ASM still retains the top spot in Jeep Elite standings.
The game wasn’t a blowout, and the two teams were quite evenly matched. Châlons-Reims had an incredible night offensively, their best of the season, delivering 11 for 23 three-pointers and collecting 33 rebounds.
The Roca team were no slouches on the offensive side either, but they just didn’t have the fire in their bellies the way their opponents did.
Monaco and Châlons were neck and neck for most of the game, and it was an exciting one to watch.  It wasn’t until the very end of the game that Monaco started to flag, giving Châlons-Reims the edge they needed to get the win.
The Roca team made 34 shots out of 52 attempts going 11 for 21 in three-point range. They collected 28 rebounds, including seven from Dee Bost and six from Mathias Lessort. There were 22 assists, and 11 steals were made, with Abdou Ndoye taking four on his own, and the team picked up 19 strays.
Rob Gray was high scorer, making 24 points on his own. Lessort was next up with 15 points and Marcos Knight after that with 13.
The road trip continues for Monaco when they go up against Chorale Roanne on Thursday night before finally heading home again to play JL Bourg on Sunday.