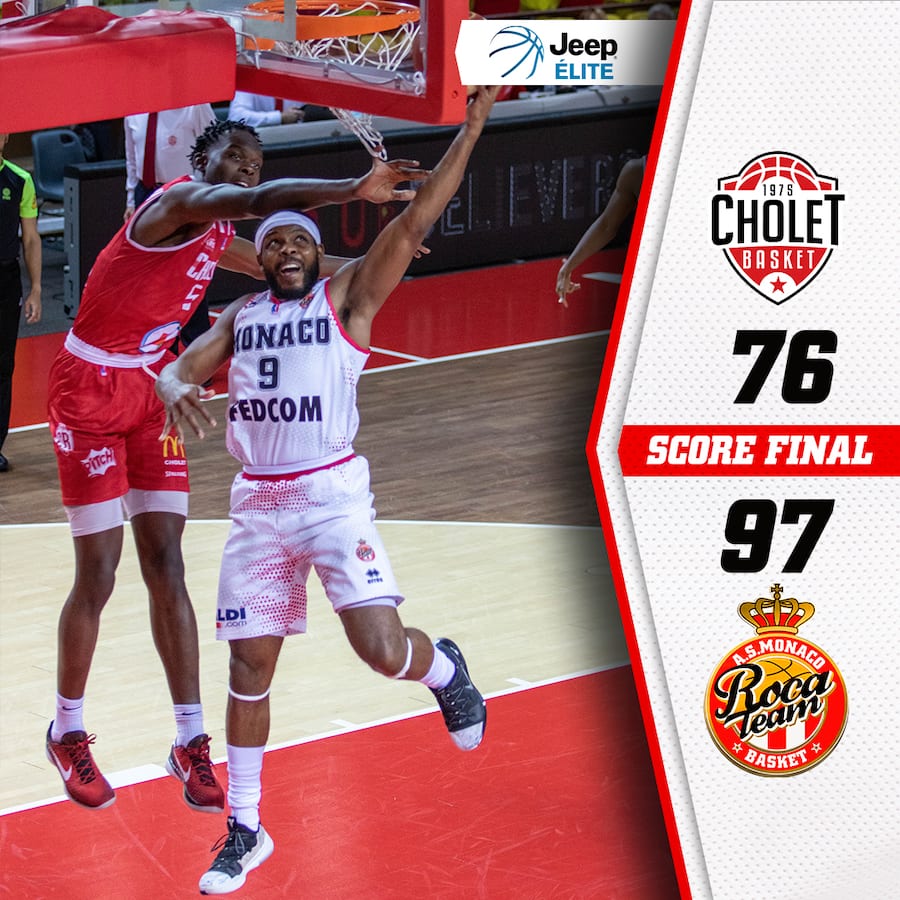 The Roca boys took a rare beating on Monday night in their Jeep Elite match against Cholet just two days after a spectacular win against Buducnost Podgoria in the Euro Cup quarterfinals.

The Roca team was uncharacteristically not “on” Monday night when they faced off against Cholet in a Jeep Elite game at home at Gaston Médecin. Perhaps it was exhaustion, as they had just come off a tough away game in Ljubljana two days prior, but in any case, it simply wasn’t their night.

It wasn’t a total disaster at first, in fact Monaco started off strong, staying well in the lead. At the end of the first quarter, the score was a comfortable 24 to 16.

From the third quarter, Monaco started losing their stride, and Cholet took full advantage taking, and then extending, their lead until the final buzzer went off with a crushing 76 to 97 loss for the Roca boys.

“We are called out for 17 free throws during the second quarter, that must be a European record,” said Coach Mitrovic. “These throws put Cholet back in the match, they gained confidence and then they deserved their victory. Damien Inglis’ injury in the first half? It is a blow to the head. He will take tests, we will know on Tuesday if he is able to play against Podgorica. We hope so. otherwise, it would be problematic.”

Monaco made 30 out of 60 shots, going eight for 16 in three point range. They had 22 rebounds, 19 assists and five steals. Abdou Ndoye and JJ O’Brien were high scorers with 11 points each followed by Ibrahima Faye and Will Yeguete with 10 each.

No rest for the Roca boys as they next play on 31st March in their second face off against Buducnost at home for Euro Cup 7 play.