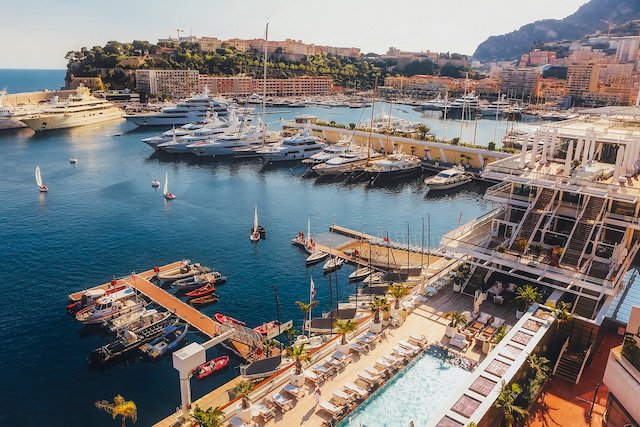 In his annual address to the press, Minister of State Serge Telle has outlined a number of subjects that are set to make headlines in 2020, including the creation of two new real estate projects and the Principality’s advances in digital technology.
Serge Telle presented his traditional good wishes to the press on Tuesday night at the Yacht Club of Monaco, saying: “The press, for me, is a political requirement, a daily pleasure and an institutional issue.” The Minister of State went on to present the merits of Monaco’s prosperity, highlighting a budget of €1.5 billion, projected revenues increasing by €160 million this year, 59,740 jobs in the private sector in the third quarter of 2019 – 3% more than in 2018 – and employment increases on average from 1,200 to 1,550 jobs per year.
On the topic of housing, Mr Telle presented the Grand Ida and Palais Honoria projects, which will create 712 apartments for Monegasques with a net balance of 639 by 2023 – as was the commitment of Prince Albert II in March with the National Housing Plan. Eventually, the Principality will provide 1,831 state apartments within the space of 15 years. The Grand Ida and Palais Honoria projects will also provide 70 new creche places, around 460 parking spaces, and new office spaces.
With regards to mobility, the minister said that new rules for using MonaBikes and electric scooters will soon be announced, while in March, the Public Safety Preservation Unit will be set up.
The digital transition was also touched on, with Mr Telle saying: “After the achievements of 2019, the €45 million in the 2020 budget will allow us to go faster and further.”
Meanwhile, referring to the coronavirus and the announcement that France has reported its fourth case, the minister confirmed that there were no cases of coronavirus in Monaco and that the authorities were vigilant and mobilised.