Reception in honour of graduates obtaining the mention ‘Very Good’ 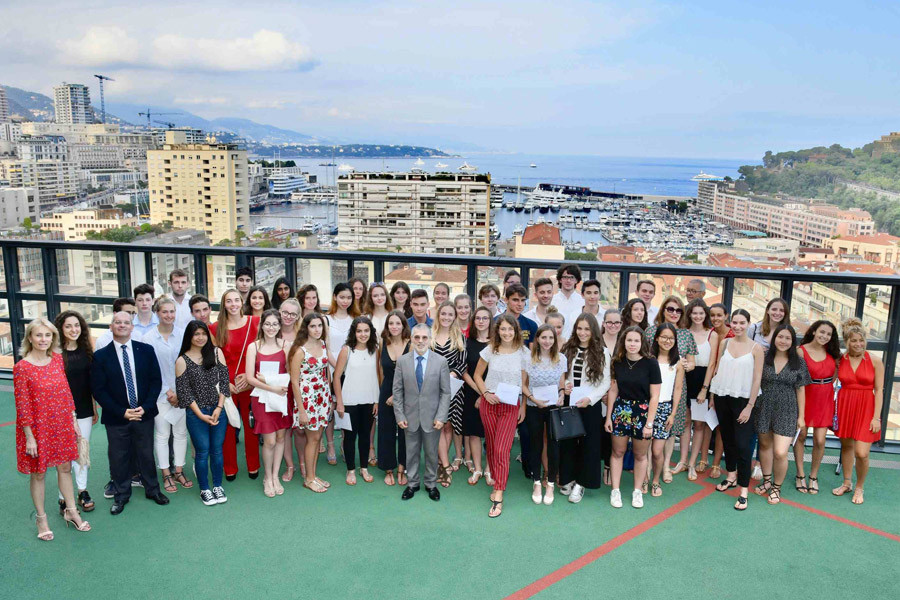 Patrice Cellario, Minister of the Interior, accompanied by Isabelle Bonnal, Director of National Education, Youth and Sports, and Principals of Principality High Schools, received the 69 students who earned a special mention of ‘Very Good in the 2018 Baccalaureate.

The students gathered for the occasion on Tuesday, July 10, on the roof terrace of the Technical and Hotel High School, where the Minister, on behalf of the Government, congratulated the laureates for their brilliant success and praised the work of the educational community in the Principality in helping the students gain such outstanding results.

Mr Cellario emphasised the priority given by the Prince’s Government to education and the desire to leave no student by the wayside.

585 faces link hospital to the community

Photo: Charly Gallo/DC[/caption] The official inauguration of a work by Monaco artist Anthony Alberti – aka Mr OneTeas – took place at Princess Grace Hospital on Monday, July 24, as well as a historical photographic retrospective of the hospital. In the presence of the Ministers of Public Works, the Environment and Urban Development, Marie-Pierre Gramaglia, and of Health and Social Affairs, Didier Gamerdinger, the Assistant Director of the institution, Benoite de Sevelinges, demonstrated the 31 photographs that succeed in showing a hospital that has not ceased to evolve over time, since the first foundations were started in 1898. [caption id="attachment_19641" align="alignnone" width="984"]

Minister of Public Works, the Environment and Urban Development, Marie-Pierre Gramaglia, with Minister of Health and Social Affairs, Didier Gamerdinger. Photo: Charly Gallo/DC[/caption] Monaco artist Anthony Alberti has also decorated the outside of the elevator shaft that connects avenue Pasteur to the hospital with 585 portraits of people linked to the current life of the hospital – staff, workers, and neighbours. The Prince’s government wanted to create a unifying artistic work with a focus on those who “live” the project on a daily basis. The work is displayed on all three visible sides of the elevator. [caption id="attachment_19640" align="alignnone" width="656"]