Record made with Prince Albert in the passenger seat

Record made with Prince Albert in the passenger seat 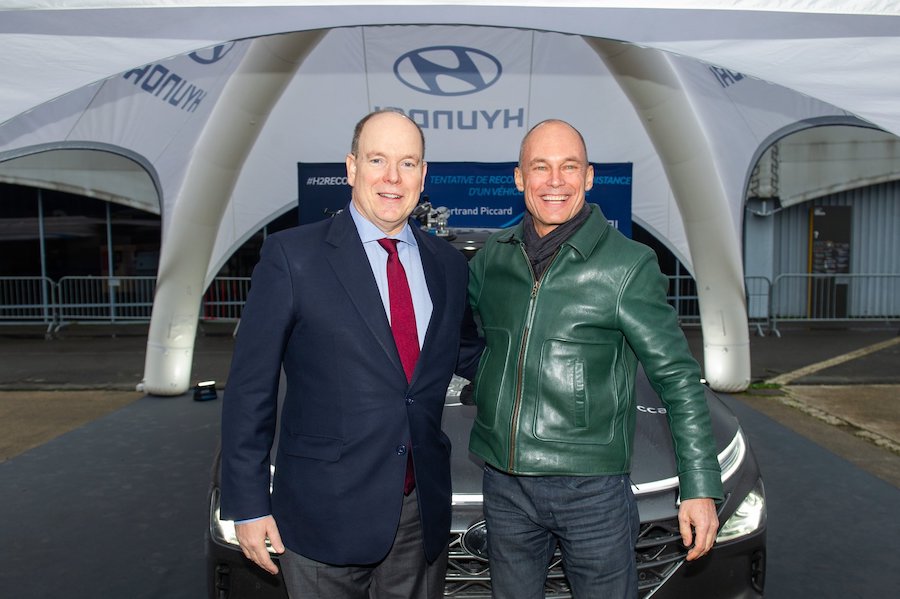 Prince Albert II of Monaco was alongside Swiss adventurer Bertrand Piccard for the last kilometers of his attempt to drive a record distance in a hydrogen car with a single tank.

The car was a hydrogen SUV Hyundai NEXO, a model with 666 kilometres of autonomy. But the goal was to reach a new symbolic threshold with a full tank and, after travelling 778 kilometres in two days on main roads and highways at a maximum speed of 90 kilometres per hour, the car arrived at the Air and Space Museum in Paris on Tuesday 26th November.

The aim was to encourage more people to adopt alternative mobility.

“Today these technologies allow us to do things we were not allowed to do before, which is something I want to prove,” said Piccard, who is the founder of Solar Impulse Foundation, named after the aircraft used in 2016 for his world-wide solar plane trip and whose headquarters was based in Monaco.

Piccard presented the new project at the tech and sustainability conference G-STIC in Brussels last week before setting off from Sarreguemines, in Moselle, where the first French hydrogen station was opened in 2017.

Without further refueling, Piccard drove to the northeastern suburbs of Paris, via Metz, Luxembourg and Brussels.