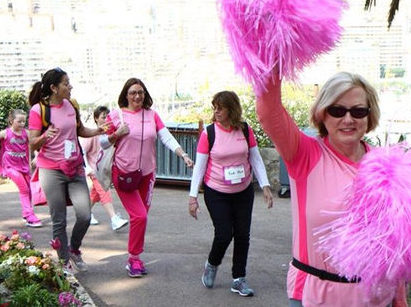 On Sunday, March 12, Pink Ribbon Monaco is holding the 5th edition of its popular 5-km walk, and the non-profit organisation is confident that they’ll smash their previous record of 400 registrants.

Online registration closes Saturday at 3 pm but supporters can also sign up in person at the Running Expo at Stade Louis II on Friday and Saturday from 1 pm to 7 pm. “We ask participants to mention how many children they are bringing so that we can get a better idea of total numbers,” Pink Ribbon Monaco President, Natasha Frost, told Monaco Life, adding that registration is €30 but free for under-13s.

“If you cannot walk with us on Sunday, please still register,” Ms Frost-Savio advised. “You can also donate by sending us a cheque or ask a friend to buy our bespoke candles or raffle tickets – €5 each or five for €20. Donated prizes for the draw include a spa treatment at the new Givenchy Spa at the Metropole Hotel Monaco, a Pilates lesson for winner and 2 friends by the Method by Ingrid and a personalised iced cake with your choice of flavour by Irene’s Cakes.

Raffle tickets and Pink Ribbon merchandise, the sales of which also help support the association, are available at the Running Expo, the same location where prior to Sunday participants need to pick up registration kits containing a pink T-shirt to wear on the day, and a bib to write a message of support for a loved one fighting cancer. The Running Expo is also place to meet the Pink Ribbon team.

“We are a very small team of the most wonderful ladies,” Ms Frost-Savio said. “This year, I think there are nearly ten, all taking turns during the Stadium days and juggling Pink Ribbon with their own crazy busy lives.”

Their tasks range from collecting raffle prizes, helping with press releases, organising merchandise and answering emails, and without the Pink Ribbon team this event could not happen. “I would like to thank them all, they have been amazing and have gone well beyond the call of duty this year!” emphasised Ms Frost-Savio, who is expecting any day now. “We welcome volunteers for the walk, but the spots are actually quite in demand, so we fill up quickly.”

Ms Frost-Savio pointed out that “Fight like a girl!” used to be a derogatory expression. “We have taken it back, to show strength – like how women get through adversity, through illness, and through everything that life can throw to us. We are strong, and we dare you to fight like a girl, which is why we always use the image of a strong character on our poster.”

Across the year, Pink Ribbon Monaco continues to raise awareness for the cause. In October, the association lights up landmarks in the Principality as a gesture of support to breast cancer victims. “This is a worldwide effort, and we have had great support from the Princely Palace and the Monaco Government as well from the Hotel Metropole Monte-Carlo, the Monaco Yacht Club, the Casino and the Tour Odeon. All lit up in pink,” Ms Frost-Savio described.

Other events have involved poker tournaments, Paddle for Pink – an introduction to Stand Up Paddle, which is highly recommended for mastectomy patients – and nutrition and health classes, as well as discussion and conferences. “This year, in September, we are hosting a Quiz Night at the Hotel Metropole Monte Carlo,” Ms Frost-Savio announced, “and profits will go towards a new clinical study aimed at fighting two very aggressive strains of breast cancer, HER2+ and TNBC, carried out by the prestigious Centre Lacassagne in Nice, the Centre Scientifique de Monaco and the Centre Hospitalier Princesse Grace.”

Sunday’s Pink Ribbon Monaco 5 km fundraiser departs from the esplanade at Port Hercule and other than a few steps up to the Palace is an easy walk. “We encourage men women and children to dress in pink and be as eccentric as possible … fighting illness with strength and humour,” Ms Frost-Savio said. “In the past, we’ve seen a team of five ladies dressed as Pink Flamingos, with bright tutu’s, and another group in pink Super Girl costumes.”

Ms Frost-Savio reminds walkers that Sunday’s start “will be at 10 am sharp”. 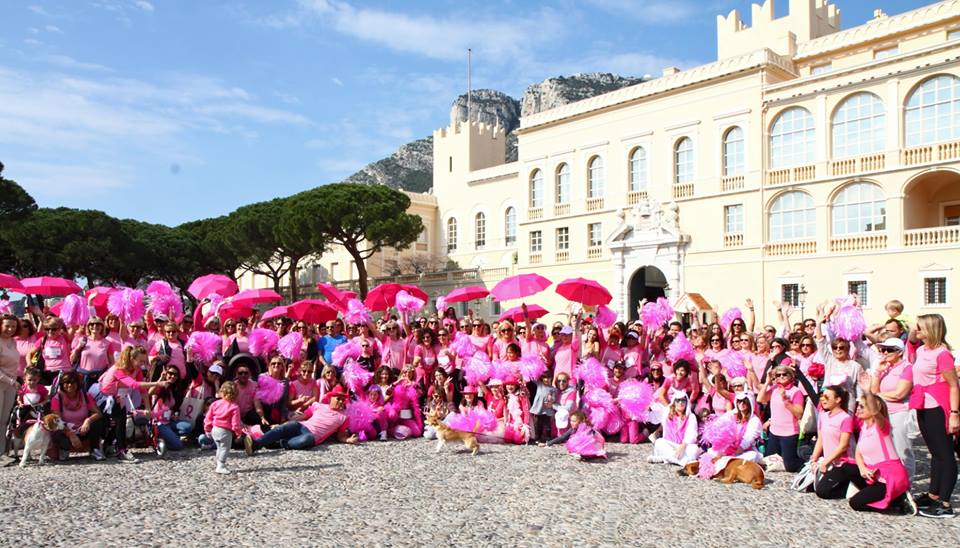 News Stephanie Horsman - March 25, 2020
The Venturi Group - the company behind Voxan Motors - has announced that it will postpone its electric motorcycle world speed record attempt due to Covid-19 crisis.

News Cassandra Tanti - October 6, 2019
Despite a good start to the match and several opportunities to open the scoring, AS Monaco lost 3-1 to Montpellier on Saturday. It marks the end of the series after three games without defeat and 29-years unbeaten at La Mosson in the league. After five minutes of observation between two cautious teams, AS Monaco seemed to be dictating play during the first half hour. Possession was in favour of the Monegasques and the biggest opportunity at the beginning of the match was for Kamil Glik. From a Golovin corner, the captain placed a powerful header that Rulli pushed back impressively to save his team (15th). Ten minutes later, it was Golovin who saw the woodwork shaking on his shot after a one-two with Fabregas. The possession and the opportunities were Monegasque, but the match would, however, turn in favour of Montpellier. On the right flank, Florent Mollet combined with Gaëtan Laborde and ended up beating Lecomte with a header at close range. In front of his former club, the AS Monaco goalkeeper was decisive several times in the wake of this first goal. He first won his duel against Andy Delort (33rd), then a few minutes later, on a flick from Gaetan Laborde, he turned the ball behind for a corner (35th). But Montpellier still managed to register the second goal of the meeting. Shortly before the end of the first period, on a corner by Mollet, Andy Delort forced Lecomte into a reflex stop, but Pedro Mendes followed the shot and widened the gap for the hosts. Lecomte made a double stop on Pedro Mendes and Mollet at the very end of the first period (44th). After the break, AS Monaco showed a better side of their play. After a free kick by Fabregas, Maripán was in a good position, but Rulli prevented the Chilean from reducing the margin. Maripán again got free on the next corner, but his header was off target (52). AS Monaco were able to take control of the match, but the effectiveness of Montpellier again damaged the hopes of Monaco when Delort latched onto a cross by Mollet to score the third goal of the match (56th). If the French-Algerian striker had the misfortune to hurt himself on the play, he left the field having given a three-goal advantage for his team. Despite being pegged back by the scenario, Leonardo Jardim’s men did not shrink away from their responsibilities. On a ball from Islam Slimani, Wissam Ben Yedder faced down Rulli and won his duel with a superb left-footed shot (68th). The goal was splendid, his sixth and the sixth assist by his teammate, but it would take two more to have hope of bringing back a point from this game. AS Monaco put their heart into their work in the last 20 minutes, with forays forward by Gelson Martins and Ruben Aguilar, who had been brought on in place of Guillermo Maripán. Slimani put his head to a cross by Martins, but in vain. However, the expulsion of Aleksandr Golovin on a second booking after a tackle on Hilton made things even worse (81). The task became insurmountable. Despite a last and vain effort to try to tip the match in their favour, AS Monaco could not shake the defense of Les Heraultais. Their next game is against Rennes at Stade Louis-II on 20th October.