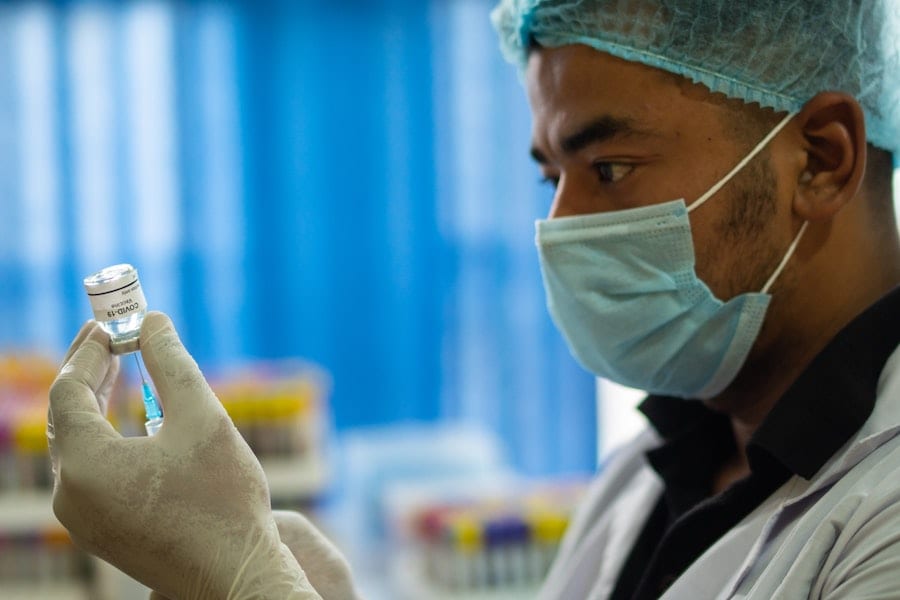 Over 926,000 vaccination appointments were made on Doctolib Monday following Emmanuel Macron’s announcement that the unvaccinated will not enjoy the same luxuries and freedoms accorded to those who are.

It took threats to motivate the public but motivate it certainly did. French President Emmaunuel Macron’s speech on Monday had the desired effect, spurring 926,000 people to book their Covid jab appointments in a single day.

This record-breaking number nearly doubles the last record for appointments on a single day made on Doctolib, the online site used to get time slots not only for inoculations, but also for regular meetings with doctors, which was set on 11th May when 471,396 people booked in. On a normal day, the site says they record about 147,000 per day.

Doctolib suffered a short crash during Macron’s speech so many people were trying to connect, only resolving itself at 8:50pm. From which point, the site declared on its Twitter account, roughly 20,000 appointments were taken every minute.

“There were 7.5 million connections in a few minutes Monday evening,” the site’s general manager Stanislas Niox-Chateau explained on RMC. For those not yet been able to book, “there are still appointments in some large centres,” he said, with slots reopening regularly.

It is estimated the vast majority of those who booked were in the under-35 age group, though no solid figures backing this up have been produced. This group is being blamed for a large portion of the new positive cases, as they tend to be more social and less cautious about the virus.

Nonetheless, the message from the government is clear. Get vaccinated or risk not being able to resume normal activities. The President’s message stated that those over 12 years of age will need a health pass to enter places of leisure and culture with over 50 people from 21st July. This will be extended to trains, planes, restaurants, hospitals, care homes and Medio-social establishments soon after.

“I make the choice of confidence and I call on all French people to get vaccinated as soon as possible,” Macron said in his address. “Nine million doses are waiting for you. Get vaccinated is the only way to protect yourself and to protect others. It is what all of our freedom depends on.”

Due to the massive leap in interest, waiting times have been increased significantly, from about a week to 11.2 days. According to Doctolib, about one-third of people will wait between one and two weeks between making their appointments and actually receiving their jab, and another third will be waiting over two weeks.

At this rate, if one includes the current wait times to get an appointment and the necessary three-week interval between jabs, most will be able to have a valid health pass near the end of August.

Macron’s exact dates for extending the rules to restaurants, cafes, shopping centres, planes and trains were not specific, though he did indicate the rules would apply from “the beginning of August.” For those not fully vaccinated by then, they may be required to carry out regular PCR tests in order to access these types of places.