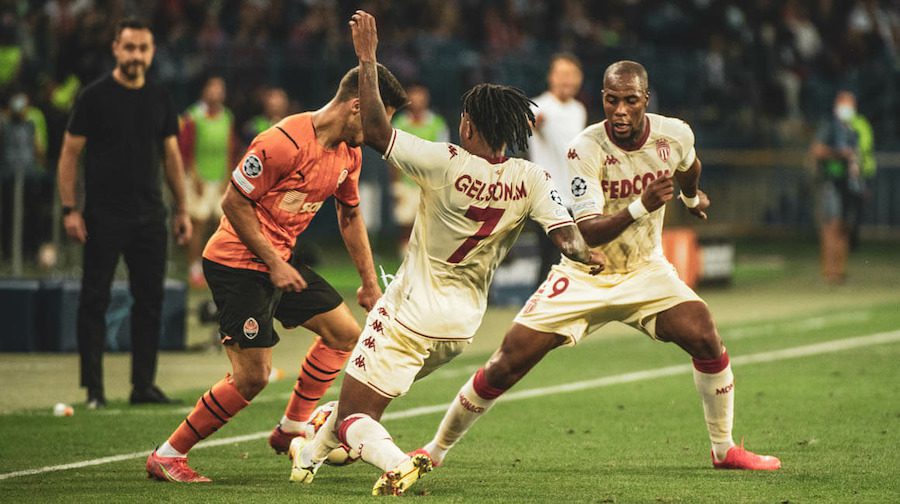 Despite playing well, AS Monaco could only manage a draw with Shakhtar Donetsk Wednesday night, nudging them out of the Champions League playoffs with a final score of two all.
The good news is that AS Monaco seem to be back on good form. The bad news is that they weren’t quite good enough to pull off the win against Shakhtar Donetsk, thus ending their Champions League hopes and relegating them to the Europa League.
Before the match, Coach Niko Kovac made clear he understood how tough this game would be, saying, “We will have to fight from the first minute. We will have to fight first and then play football. I and the players know that we will not give up on our dream. I am sure that tomorrow we will show again the true face of AS Monaco, that of last season.”
The Red and Whites definitely had their game faces on, and the game went on for two full hours with both sides playing at super high levels.
This match marked the return of Youssouf Fofana in midfield and the dynamic duo of Wissam Ben Yedder and Kevin Volland on the attack. Their energy brought an intensity to the match and led to Ben Yedder scoring the game opener, also giving him his first point of the season.
It was beautifully played, with Benoît Badashile firing a shot to Volland. Volland went for the goal, but the ball was pushed back, landing at Ben Yedder’s feet. He took the shot and in it went, giving Monaco the advantage. Ben Yedder followed this up in the 38th minute when he doubled the score, leaving the Red and Whites sitting pretty by half time.
In fact, the team made a total of 13 attempts on goal, showing how aggressively they were playing.
The second half saw the Ukrainians make their move in the 74th minute when Marlos made an amazing shot past Alexander Nübel’s near post. This tipped the scales and forced the game into overtime, where it was so balanced it appeared that the game was heading to penalties to make the final call.
Finally, at 115 minutes, Ruben Aguilar sealed Monaco’s fate, making the final goal and ending their Champions League run.
Now is time to look to the future, and to Ligue 1, where the team go up against Troyes on Sunday, looking to take their first outright victory of the year.