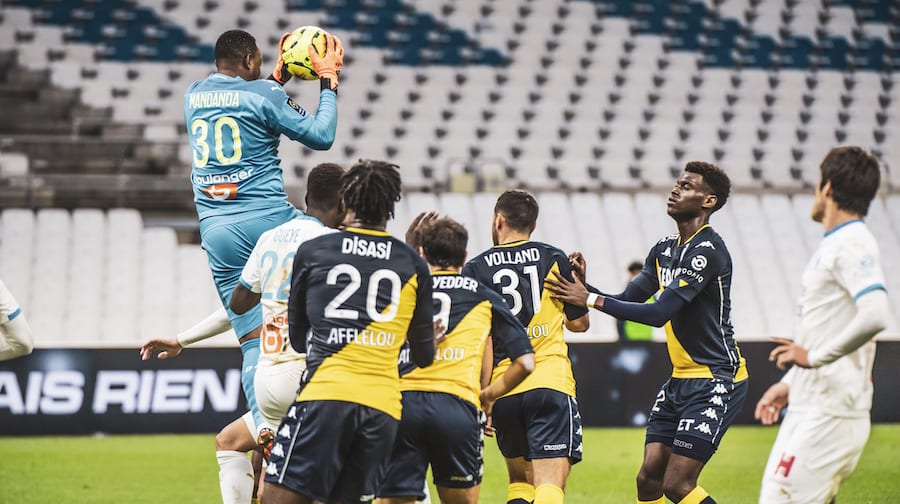 AS Monaco lost by one goal to Olympique de Marseille on Saturday, however they were saved from a total shutout by a late Wissam Ben Yedder goal.
The Red and Whites played away in Marseille on Saturday night but found no joy as they suffered a 2-1 loss in the 14th matchday of Ligue 1 play.
The game was not going well for Monaco from the start. In fact, the opponents were two goals by halftime. The first goal came just five minutes in when Florian Thauvin scored with a header after a lovely pass from Dario Benedetto. Only a few minutes later, in the 13th, the reverse occurred and Thauvin set Benedetto up to put another between the posts.
Marseille goalkeeper Steve Mandanda was having a good night, and no matter what Monaco tried, he was johnny-on-the-spot, making two excellent saves.
The second half saw the Red and Whites come out swinging. They had possession of the ball, but were unable to convert until 79 minutes in, when Wissam Ben Yedder made a penalty kick to bring them within one goal of a draw. Sadly, this never materialised, and Monaco ended the game 1-2.
Coach Niko Kovac was disappointed, but still proud of his team for a game well-played, saying: “I think we started this match really well. We had a great good opportunity from the start through Wissam. If we had scored, I think the game would have turned to our advantage. Then we conceded two goals from two shots in the first quarter of an hour, so that necessarily changed the face of the game. Until half-time the game was balanced. Then we really dominated the match in the second half, but Marseille defended very deep, playing really close to their area. We tried to come back into it in the dying minutes of the game, but it was not enough. The first 15 minutes cost us too much.”
Monaco’s next challenge will be against Racing Club de Lens on Wednesday 16th December at 9pm at home at Stade Louis II.