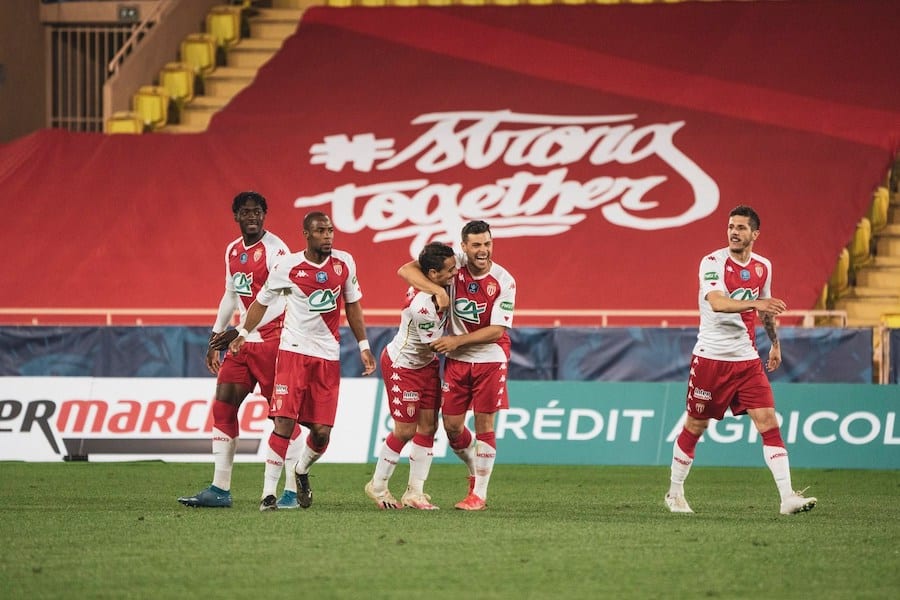 AS Monaco is going to the Coupe de France quarterfinals after securing their spot by edging Metz out on penalty shots on Tuesday night.
The Red and Whites went up against Metz for the second time in a week but this time the results weren’t quite so clear cut. Compared with Saturday’s massive four to nil victory, this match was won on a single penalty shot.
Prince Albert II and Dmitri Rybolovlev watched from the loges as the Monegasques ended the night in the best way possible.
The first half of the game was rather a quiet affair with neither side having many attempts. Gelson Martins and Youssouf Fofana both made gallant efforts against Metz’s goalkeeper Alexandre Oukidja, but they came to nothing.
On the Metz side, Aaron Leya Iseka tried it on with Monaco goalie Radoslaw Majecki, who handily blocked the attempt just before the half.
After returning from the locker room, both sides were playing aggressive defence, neither letting the other have the advantage. Much like the first half, the game was scoreless, forcing the match into penalty shots. Monaco made all five attempts, edging out their opponent by one and launching them into the quarters finals.
“The Coupe de France is different from the championship, it’s another competition,” said Coach Niko Kovac. “We had to qualify one way or another, so tonight it was after the penalty shootout that we got the victory. We put them all to the bottom. But in view of the match, I think it’s a deserved success because we had a lot of chances, especially in the face-to-face with Gelson Martins. We therefore deserve this qualification.”
The Red and Whites return on Sunday for Ligue 1 action when they face off against Dijon at home in Stade Louis II.