Red and Whites shut out Bordeaux

Red and Whites shut out Bordeaux 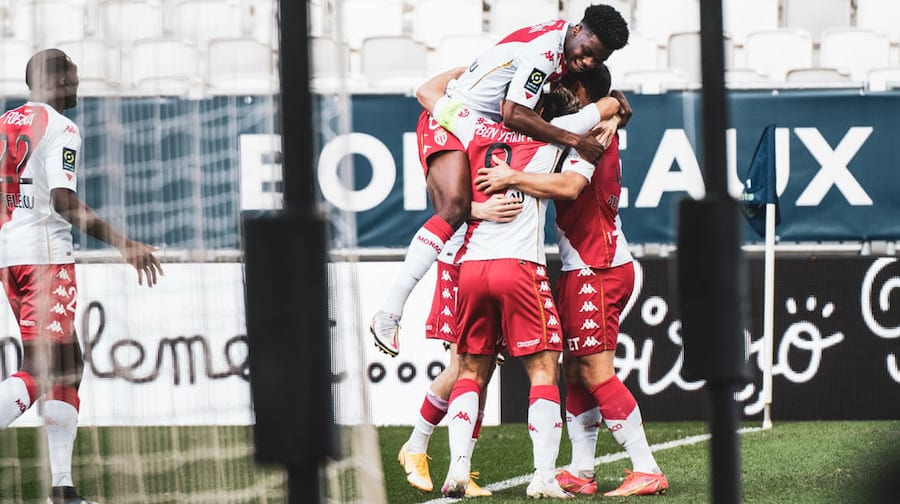 AS Monaco recorded their 21st win this season after crushing the Girondins de Bordeaux three to nil, pushing them ever closer to a podium win.
The match started with a flurry as the Red and Whites came out swinging in their game against Bordeaux on Sunday. The first clear shot on goal came a quarter hour into play when Aleksandr Golovin made the attempt but was thwarted by Benoît Costil.
At 22 minutes in, the Girondins suffered the loss of their team captain, Laurent Koscielny, who went out due to injury.
Just before the half hour mark, Kevin Volland opened scoring with a beauty of a shot, giving him his 15th goal in Ligue 1 this season. Bordeaux tried to play catch up before the half, but the teams went into the locker room with Monaco ahead one to nil.
After the break, the next bit of action came almost immediately when Gelson Martins knocked one over the top, doubling the score for AS Monaco.
Golovin almost added another goal to the score at 55 minutes in, but the Bordeaux goalkeeper saw it coming. The Girondins struck back in the 65th but came up short as Benjamin Lecomte had things well in hand.
By this point, it was fairly clear that Monaco was in charge and, just for good measure, Stevan Jovetić made the third and final goal just as the end of the game drew in from a header given to him by Sofiane Diop. The final score thus sat at 3 to 0 for Monaco.
“Bordeaux were expecting some mistakes from us,” said Coach Niko Kovac. “I think we dominated our opponent well in the first half in particular. We created a lot of opportunities, and we managed to score. In the second half, after the second goal, we dropped deeper and played with a little more caution. I would like to take my hat off to my players who have performed well. We did our job and 4th place is now sealed.”
The coach is also starting to look to the future with greater optimism.
“With a place in the Europa League now having been acquired, things have changed. As I had said previously, if we were able to achieve this goal, we could aim higher. There are many possibilities. We can finish on the podium, finish 2nd or finish 1st. We’ll see. There are tough opponents that we will have to face like Lyon, Rennes or Lens. If we are able to beat these teams, we will be able to look higher up the table.”
The Red and Whites return on Wednesday where they square off against Olympique Lyonnais in the Coupe de France quarterfinals.