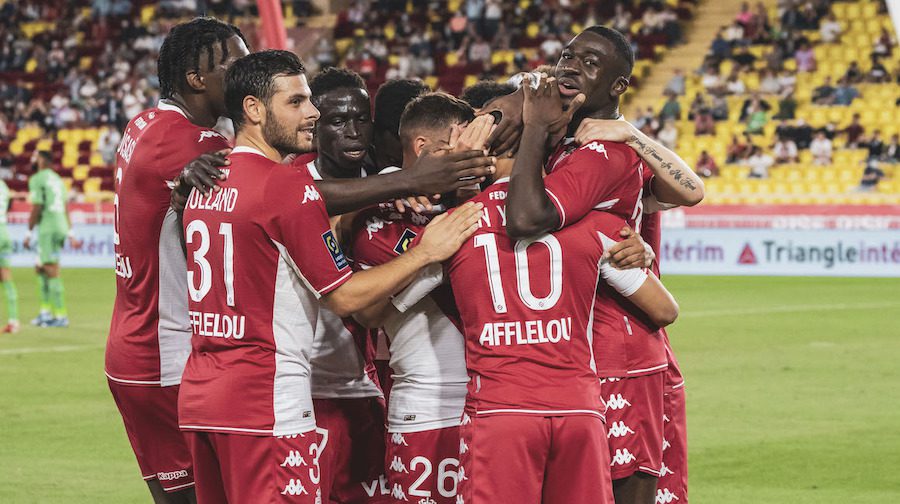 There were happy faces all around Wednesday night as AS Monaco, led by Yedderland, got their first home win of the season against Saint-Etienne, beating them roundly three to one.
AS Monaco is slowly climbing their way back up the Ligue 1 ladder after their two to two draw in Nice on Sunday and now an outright three to one win against Saint-Etienne at Stade Louis II.
Said Coach Niko Kovac after the match, “I saw a lot of good things”, which seems the understatement of the night.
The team gelled right from the start, with Krépin Diatta creating the first opportunity three minutes into play. It was not a conversion, but no matter, it set the tone for the night.
The first goal came at 28 minutes in when Kevin Volland fired a shot, sneaking in at the near post past the Stépanois goalie, Stefan Bajic. The goal gave him his first goal in Ligue 1 and his second of the season after the one he scored in Prague during the third preliminary round of the Champions League.
Things got exciting after this with a close-but-no-cigar attempt by Youssouf Fofana followed quickly by Etienne Green being red carded for a challenge on striker Myron Boadu.
Djibril Sidibé took the free kick, but Bajic was Johnny on the spot and blocked the attempt. Just minutes later, right before halftime, Saint Etienne’s Denis Bouanga beat out Alexander Nübel giving his team their only goal on the night.
After returning from the locker room, and despite having a one-man advantage, Monaco were nearly-caught out with a Bouanga near-miss, but the drama was short-lived.
Monaco was handed another free kick and Wissam Ben Yedder, who had only just came onto the field, easily made the conversion, giving his team a one point lead. He made it a two-point lead in the 86th minute of play when he scored again, sealing the win for Monaco.
“We are very happy,” said Coach Kovac, “first of all for the team because we win and we lose together, but also for our attackers because forwards always need confidence and to score — today both scored. This is what we need.”