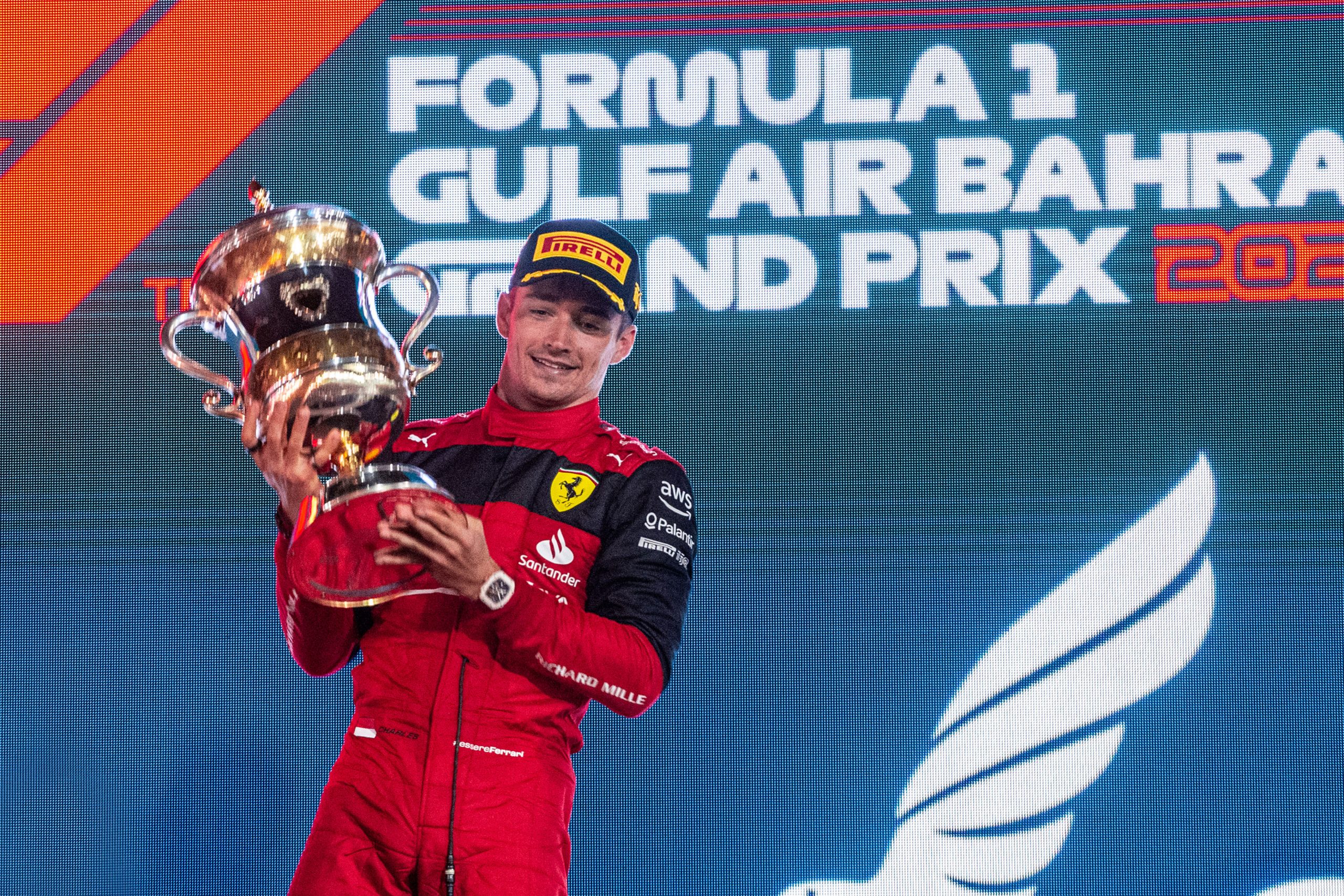 A rejuvenated prancing horse was led home to victory by a dominant Charles Leclerc in the opening race of the F1 season in Bahrain on Sunday, alluding to a much-anticipated championship hunt.

Starting from pole, Ferrari’s Monegasque driver fended off a charge from reigning champion Max Verstappen down into turn one, as drivers kept it largely clean on the first lap. Esteban Ocon spun Mick Schumacher around, but both drivers came out relatively unscathed, although the former did receive a five-second time penalty. No driver made significant gains, although Valterri Bottas’ good work was undone as he dropped eight places back to 14th.

As early as lap five, Verstappen was complaining about a faulty engine over team radio. Although this would prove terminal for both Verstappen and his team-mate Sergio Perez later in the race, the former first provided some brilliant wheel-to-wheel racing with Leclerc.

Perhaps it is too early to jump to conclusions, but this latest era of F1 car has seemingly fulfilled its remit in allowing cars to follow easier in the dirty air. If the Leclerc-Verstappen battle is anything to go by, then fans are in store for an exciting season.

Verstappen failed in his attempt to undercut Leclerc on lap 16, but did considerably close the gap. If last year taught us anything it is that the Dutchman has plenty of courage, and he isn’t afraid to chuck it down the inside of his rivals. That’s exactly what he did on lap 18, as the move was greeted with roars from the crowd.

Down the straight towards turn four, the roles were reversed, and this time it was Verstappen, without DRS who was easy prey for Leclerc who, with the help of DRS, sailed back past. Verstappen wasn’t done there, however, although a sense of deja-vu must have begun to kick in for both drivers as Verstappen pulled off a carbon-copy pass on the next circuit, before conceding it again to Leclerc on the next straight.

The cycle was broken on the next lap as Verstappen, trying a kamikaze move down the inside, locked up and went deep into turn one, allowing Leclerc to sail past and create a buffer to his rival.

Thereafter, the Leclerc victory always looked assured although Verstappen believed he could have pulled off the undercut, had his team not ordered him to take it easy on his outlap. Things would get worse for the reigning world champion as those technical issues came back to bite him. Sacrificing his second place finish, he was forced to limp back to the pits, conceding second place to Carlos Sainz, and handing Ferrari their first one-two since Singapore in 2019.

Just laps later, a similar fate befell his Red Bull team-mate Perez, as he failed to restart his car after a spin on the last lap. Primed to profit was Lewis Hamilton, who enjoyed a largely quiet race, yet still managed to round off the podium.

Hamilton’s team-mate George Russell finished fourth in his debut for Mercedes, whilst the returning Kevin Magnussen in a revived Haas was rewarded for a brilliant drive with fifth position. Perhaps the biggest surprise of the weekend was the lack of pace in the McLaren, who many thought would be challenging Ferrari and Red Bull for podiums. Daniel Ricciardo and Lando Norris could only manage 14th and 15th place respectively.

But the day belonged to Leclerc who secured only his third career victory, a bonus point for the fastest lap was the cherry on top of a perfect night under the floodlights in Bahrain. Post-race Leclerc reflected on his team’s long road back to the top, saying, “Coming into this season, we knew we would be in a better position than we have been for the past two years, but we didn’t know exactly where we would stand.”

That work has reaped its reward. “To be back on top with a car that is capable of winning feels incredible,” he added.

With the recency of the regulation changes, car development will take an increased importance this season, and Ferrari will have their work cut out to stay on top. That being said, this was Ferrari’s weekend, and Leclerc’s championship push has got off to a perfect start.