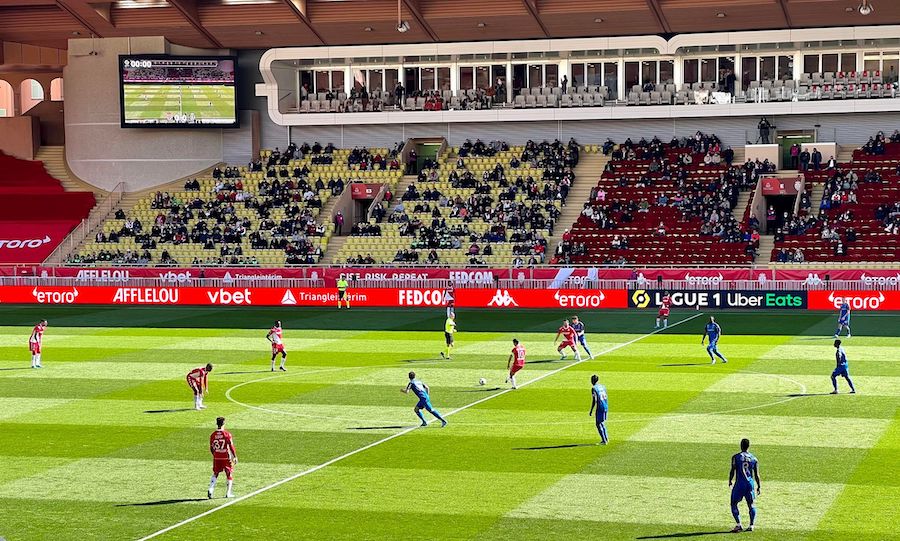 What had seemed a routine AS Monaco victory turned on its head in the final 10 minutes, as Reims came out 2-1 winners in a defeat that harms the Principality side’s European aspirations.

Prince Albert II and AS Monaco Vice-President Oleg Petrov were in attendance on Sunday as the match was unexpectedly delayed by five minutes, Reims coach Oscar Garcia confirming post-match the delay was a symbolic gesture in support of the Ukrainian people – an idea conceived by their president Jean-Pierre Caillot.

For Philippe Clement, however, it was an unexpected gesture. “I was a bit surprised. If you are going to make such a gesture, we should be told in advance. We have a tight preparation for the game, every minute is organised to be ready for the match.” The Belgian coach made it known that he was in agreement with the sentiment. “There is no-one in the club who wants the war.”

Following the delay, there was then a symbolic kick-off in which the Monegasque bobsledding duo of Rudy Rinaldi and Boris Vain, who recently became record-setters in the Beijing Winter Olympics, played a short pass.

The game started in predictable fashion. Reims sat deeply looking to contain Monaco’s attacking threat. That work was seemingly undone early on, when Gelson Martins headed in at the back-post only for a marginal offside call to come to Reims’ rescue.

The match opener came from an entirely predictable source, the prolific Wissam Ben Yedder latched onto a Sofiane Diop through-ball and converted in typically efficient fashion. The French striker almost doubled the lead seconds later, but his volley hit the face of the post.

In search of a goal, Reims finally opened up, and whilst the away side created more chances of their own, the biggest chance would fall once again to Monaco. Jean Lucas should have done better, but his uncomposed finish flew comfortably over the bar.

Monaco would rue that miss. Kevin Volland, who is struggling to net for the Principality side, put one in his own net, Nubel helpless to prevent the leveller. Things would yet worsen. Jean Lucas saw red for leaving a foot in on his opponent, which saw the Brazilian receive a second yellow.

Monaco’s miserable day at the office was completed when Nathanael Mbuku slotted past Nubel in the final minute of stoppage time, the disastrous final 10 minutes now leaves Monaco with a mountain to climb in order to attain Champions League football next season.

Clement was understandably down-beat post-match. “I am very disappointed not to have obtained the three points, because that’s the important thing in every match. I’m also disappointed because we weren’t rewarded. The players did lots of good things to create good chances… In the final minutes we made errors, which changed the match.”

The Belgian continued, “We need to be more intelligent, more well-organised in those circumstances.” Monaco must quickly overcome Sunday’s disappointment as they come up against Nantes in the Coupe de France on Wednesday, with a place in the final at stake. 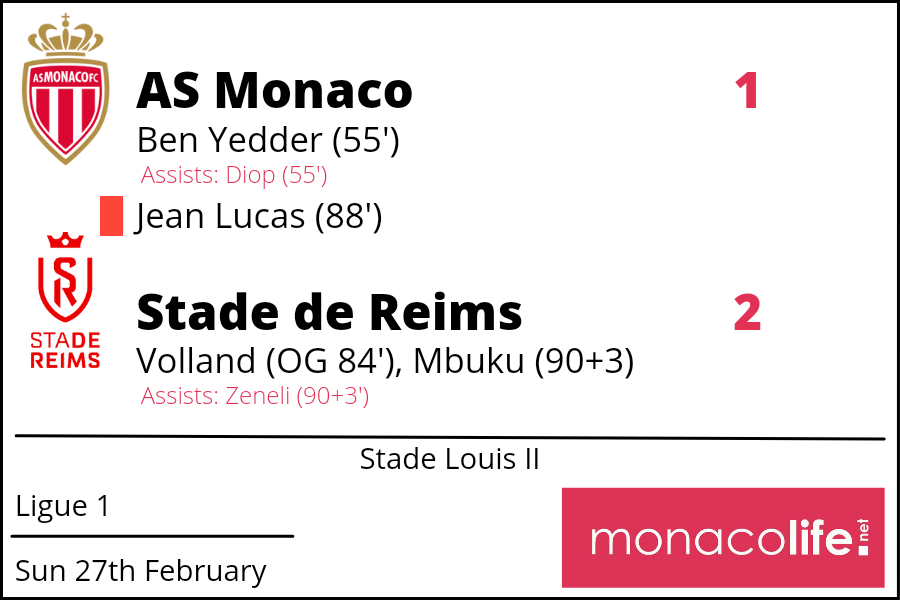