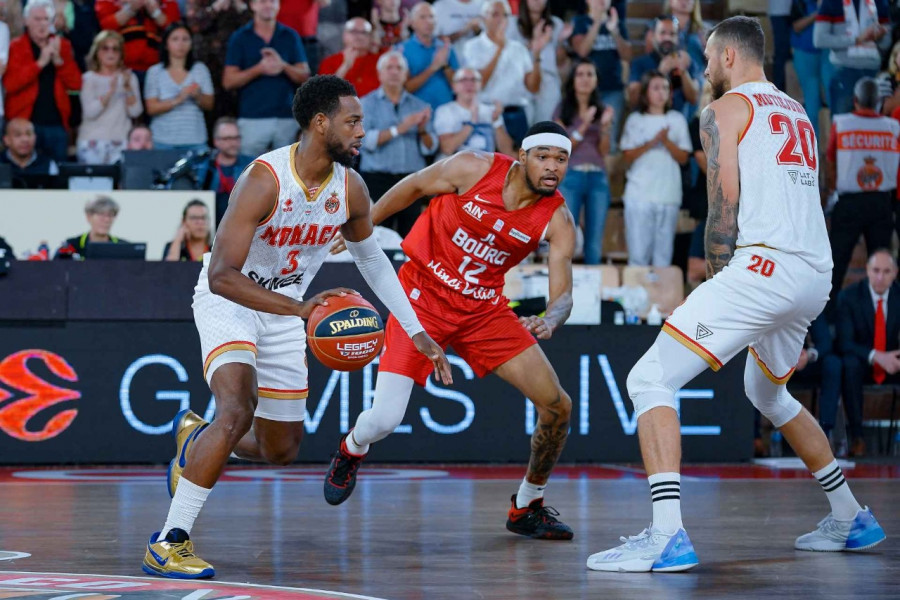 AS Monaco Basketball are the only Betclic Elite side with a 100% win record after consolidating their position at the top of the table thanks to a 98-94 victory against Bourg-en-Bresse.

Sunday’s match at the Salle Gaston Médecin followed a very familiar trend: first-half domination gave way to a second-half collapse, but as they did last Thursday, Monaco hung on to prevail.

Sasa Obradovic’s men have become masters of squandering big leads. Firstly against Maccabi Tel-Aviv, then against Panathinaikos and now against Bourg-en-Bresse. On two of those occasions, Monaco have prevailed, but these recurring collapses must be resolved if they are to fight successfully on all fronts.

Ultimately, however, the start of season report is a positive one. Fighting towards the top in the Euroleague, they are also top of the Betclic, and the only side not to lose a domestic fixture this campaign.

In a side that was understandably rotated, Mike James and co-captain Adrien Moerman didn’t even feature in the squad. In their absence, a collective arose with four players scoring over 10-points on the night. Jordan Loyd was the standout with 18-points, closely followed by Elie Okobo with 15.

Post-match, Obradovic was relieved to just have earned the victory amidst a packed schedule: “There is an incredible run of hard games with little rest time and sleep. It is once again the same scenario as against Maccabi and Panathinaikos. We play well for 20 minutes and then we ease up, and in front of us was a good team who took advantage and fought back. In the end, above all it’s important to win this match,” he said.

The Roca Team next head back to Greece to face Olympiakos, their nemesis from last year’s Euroleague campaign.