Remontada in Rennes for revitalised Monaco

Remontada in Rennes for revitalised Monaco 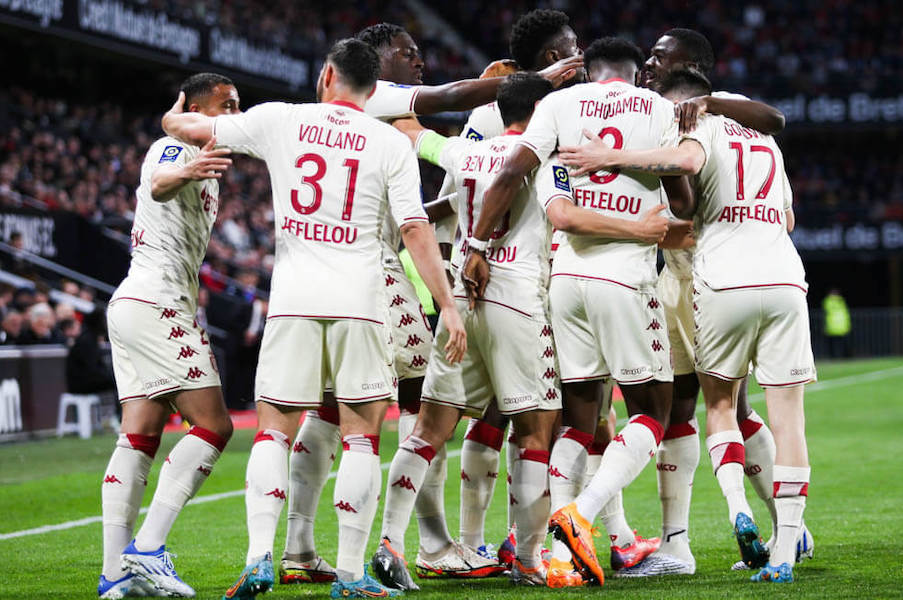 AS Monaco prevailed in a thriller on Friday, beating an in-form Rennes 3-2 despite going behind early-on, in a comeback which is a mise-en-abyme of a wider propulsion towards European contention.

Victory at the Roazhon Stadium was their fourth in-a-row, the first time Monaco have achieved that feat since April last year when they went on a five-match winning streak that was ultimately pivotal in their successful hunt for Champions League football.

Although it remains to be seen if this latest purple-patch will be enough to see them secure that all-important podium place this year, there can be no doubt that Philippe Clement’s men are on the right path. Post-match, the Belgian coach said that his side are “growing” and that is certainly visible on the pitch.

That growth is evident within multiple facets of their game: physical, mental and tactical. Monaco’s players would have to demonstrate their mental resilience in the first-half having gone behind to an early goal from Flavien Tait, whose glancing header nestled into the far corner of Alexander Nubel’s goal.

Monaco had their opportunities however. Prior to going behind, Aleksandr Golovin dragged wide from a glorious position, whilst just minutes after the goal, Kevin Volland should have been better when one-on-one, but his chipped effort landed on the roof of the net.

Lacking the clinical edge of their third-placed opponents, Monaco nonetheless kept coming, and would get their reward midway through the first-half. Golovin’s defence-splitting, perfectly timed, curving through ball was perfectly in the path of Vanderson whose first-time shot levelled the score.

Rennes have been touted as one of the strongest outfits in Ligue 1 this season. Just a couple of weeks ago, Nice coach Christophe Galtier stated that they are “the best team in the league right now.” 10 goals in the three matches prior to Friday’s clash against Monaco gives a flavour of the attacking pedigree that they bolster, but it was defensive naivety that would decide this match.

Since Clement’s arrival in the Principality, his side has thrived against high lines. You don’t need a long memory to remember their dismantling of Lyon in the first-half of a 2-0 victory as Peter Bosz deployed a nonsensically high-line. Despite this, Rennes deployed the same system, and Monaco’s attackers feasted.

Early in the second-half, Volland’s through-ball header was perfectly anticipated by Wissam Ben Yedder, who needed just one touch before slotting home to register his 19th in the league this season.

Substitute Myron Boadu then doubled the lead, in a perfect exhibition of a transitional verticality à-la-Clement. Aurelien Tchouameni’s relentless press won the ball high in the opposition half, before laying it off to Vanderson, who squared it to the Dutch striker, who made no mistake with the finish.

It was a nervy finish for Monaco after a sloppy Sofiane Diop foul within the box gave Rennes a slither of hope in the dying stages. Although Martin Terrier converted for the spot, there was no time for Rennes to level the score, Monaco prevailing 3-2 winners on the night.

The hard-fought comeback victory perfectly mirrored a wider revival happening at the Principality side, which, according to L’Equipe, has much wider implications for the club. “The rise of the living dead,” was the French newspaper’s headline on Saturday, referencing their explosive article in late March, which stated that Clement, Paul Mitchell and Oleg Petrov were all primed for the axe, but who have been brought back from the brink.

On Saturday, however, they argued that recent performances mean that “some heads could end up being saved,” even if owner Dmitry Rybolovlev remains determined to shake-up the hierarchy to an extent. What a difference a month can make.

“We resisted this team, who are the best we have seen here so far.” It seemed unthinkable that these words would come out of the mouth of an opponent manager, nevermind the mouth of Rennes manager Bruno Genesio, who leads one of the most respectable outfits in the division. But they did, and there is no doubt that, now more than ever, they are truly in this fight for the Champions League.

Focus now shifts to the huge derby against Nice, which is critical for the European aspirations of both clubs. “We should savour today, but keep our feet on the ground and, from tomorrow, prepare for a big match on Wednesday,” said Clement. A victory against their local rivals in midweek would have a particularly special, more intense flavour. 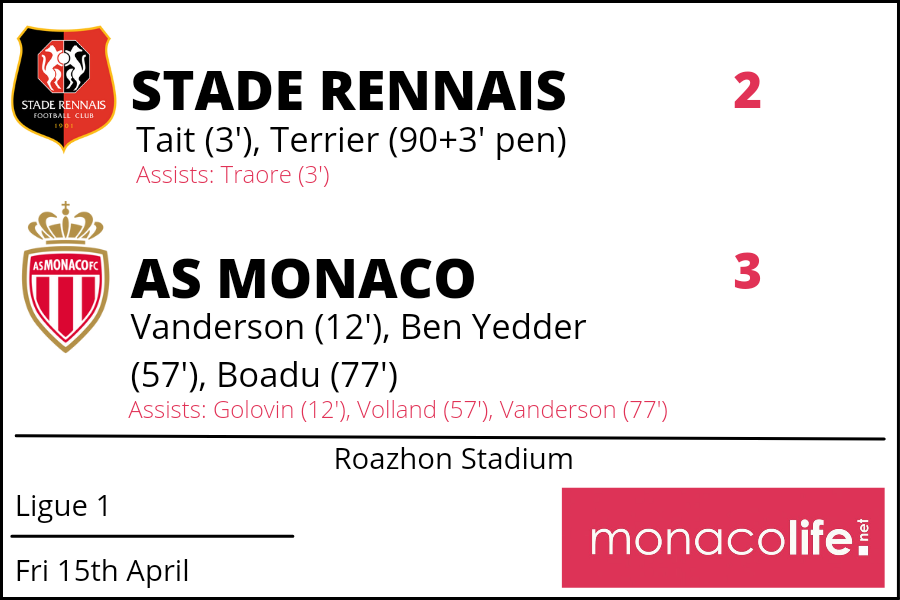