Rentrée under Covid cloud in France

Rentrée under Covid cloud in France 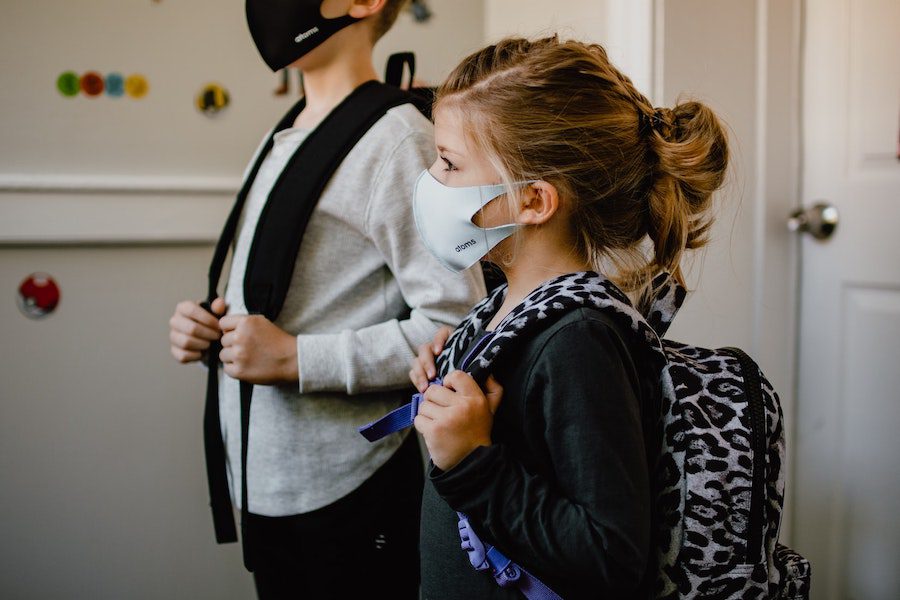 It’s back-to-school for France’s 12 million plus students, who need to adhere to a raft of Covid-prevention rules befitting the level two alert status of the nation.

Masks, limitations on mixing, social distancing for sports activities and constant hand washing are the hallmarks of the 2021-22 return to school in France.

Though the rules may seem rather restrictive, they are far better than the alternatives and are meant to give parents and educators a certain level of comfort.

“You must first have a feeling of serenity, the start of the school year is prepared, the students will be there, the teachers too, the (health) protocol is clear,” said the Minister of National Education, Jean-Michel Blanquer, on France Inter Wednesday.

The ministry has put the health protocol at level two out of four, which means even primary school age children from six years must wear masks indoors for face-to-face learning. A single case of Covid in the primary schools will result in closure, as it was at the end of the last academic year.

In the middle schools and high schools, only students who are unvaccinated and who have been in contact with someone who has tested positive will need to isolate for a week. To try and keep the number of students forced to distance learn as low as possible, mobile vaccination centres will be sent to certain schools to vaccinate those who had not had a chance to do so prior. The jabs will, as ever, be voluntary.

“The question of the progress of vaccination is the key to this return to secondary school,” said Sophie Vénétitay, general secretary of the National Union of Secondary Education (SNES-FSU). “But vaccinations do not protect completely,” she says. “We know that the virus will circulate. The question is to know in what proportions and to what extent (the fact) of having vaccinated pupils will play.”

Minister Blanquer, though hopeful of being able to keep schools open, has warned that “It is possible that there is an increase in contamination” which could lead to a toughening of the sanitary protocol in schools, with stricter limitations on the mixing of students or of a gauge limiting the number of people present in class, on a local or national scale.

Despite all precautions, the teachers’ unions are not entirely satisfied.

We had asked for program adjustments but it was not,” Ms Vénétitay laments. “We act as if the last two years had been normal and this is not at all the case.

“This start of the school year would have required the establishment of an emergency plan and the massive creation of posts for education, in a context which made the progression of learning more complicated.”

As a result, the union is planning a strike on 23rd September to demand more resources to schools.

Photo by Kelly Sikkema on Unsplash