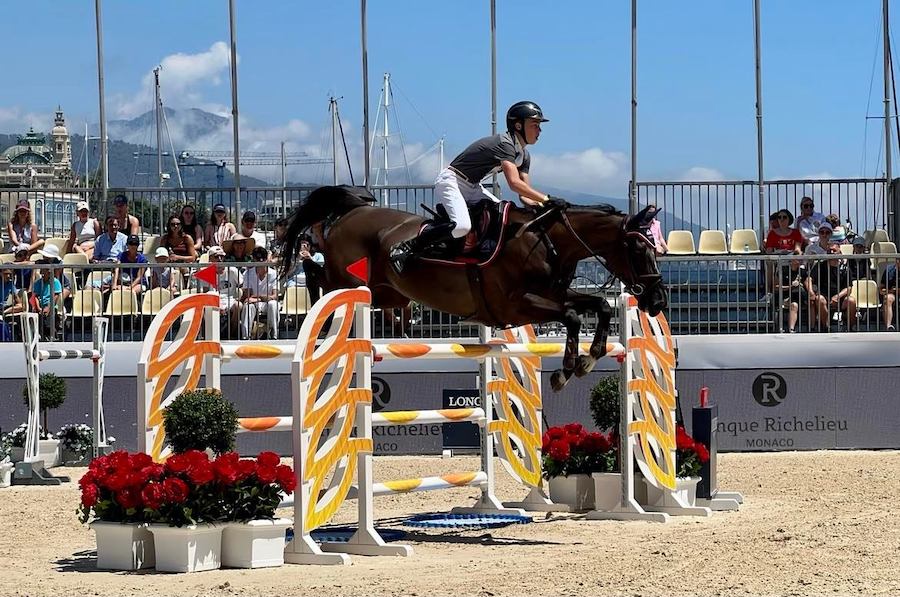 It was Kühner’s first LGCT victory, and comes after he narrowly missed out on last year’s title in Monte-Carlo, where he rode the same horse – EIC Coriolis des Isles. After last year’s triumph, Kenny narrowly missed out on the top step of the podium. The Irishman, riding Volnay du Boisdeville, finished just 0.3 seconds behind the champion in a dramatic two-man jump-off. Philippaerts rounded off the podium, earning bronze in consecutive years at the prestigious jumping championship.

Kühner received the trophy from Prince Albert II under the floodlights at Port Hercule in front of a packed crowd, who had come to experience the thrilling climax to the 10th event of the LGCT season.

Afterwards, Kühner revealed his delight at having achieved his maiden trophy. “It was really important for me to catch Darragh this year because last year I was in the lead but he was just a bit faster than me so this year, I was really on a mission to beat him,” he said.

The Austrian continued, “Monaco is a very specific place, it is small and tiny but my horse really likes it and he is flying in the incredible atmosphere here. You can feel the spectators and it is special.”

The event is a long-standing and popular stop on the LGCT calendar, which garners large crowds. This year was no exception, although with a repeat podium, some in attendance under the lights at Port Hercule may have felt a hint of déjà vu.