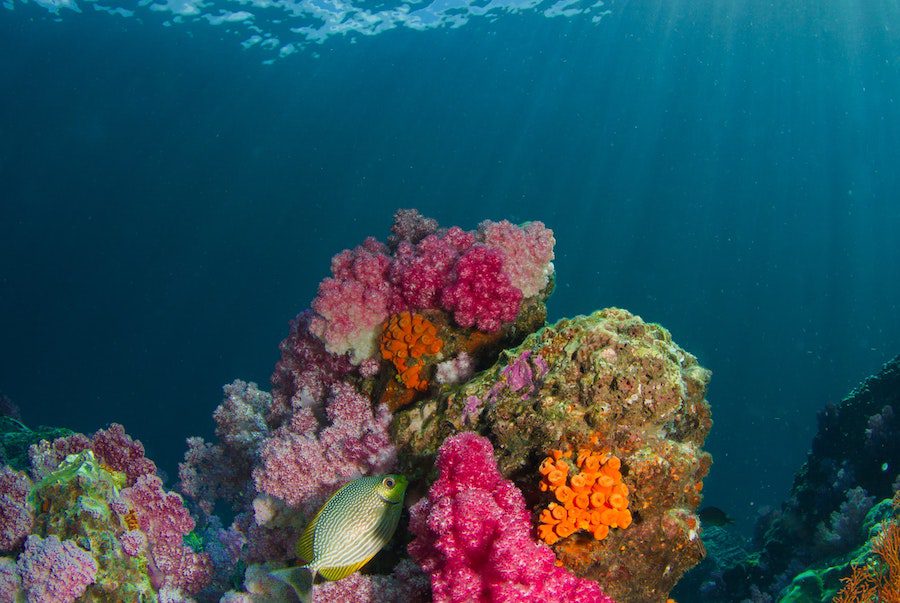 As Monaco handed over the chair of the International Coral Reef Initiative to the US, a new report revealed that 14% of coral reefs have disappeared since 2009. But there is hope if drastic action is taken.
After a three-year mandate, Monaco, Australia and Indonesia passed on their Joint Presidency to the United States of America, one of the founding members of the International Coral Reef Initiative (ICRI) alongside the Principality.
The virtual ceremony was an opportunity to take stock of the results of an action plan adopted by the ICRI in 2018, a plan based on four tenets: to promote effective solutions to improve the protection of coral reefs, to understand the evolution of coral reefs, to improve understanding of the live reef fish trade for food, and to reduce anthropogenic threats to coral reefs.
As a result, policy makers have been made aware of the ecological, social and economic values ​​of coral reefs and the cumulative threats they face.
Meanwhile, the Global Coral Reef Monitoring Network (GCRMN) officially presented its sixth report at the meeting, the largest ever analysis of the health of coral reefs around the world.
It showed that in the last decade, the world lost about 14% of its coral reefs, with ocean-acidification, warmer sea temperatures and local stressors such as overfishing, pollution, unsustainable tourism and poor coastal management posing a combined threat to the coral ecosystems.
The GCRMN report was drawn from a global dataset gathered by over 300 members of the network covering four decades from 1978 to 2019. It had almost two million observations from more than 12,000 sites in 73 reef-bearing countries across the globe.
In underlying the catastrophic consequences of global warming, the report also shows that many coral reefs around the world remain resilient and can rebuild themselves if conditions allow.
In 2019, the world regained two per cent of its coral cover in spite of a short interval between mass coral bleaching events in the last decade.
These instances point to the fact that these critical ecosystems have the capacity to recover if pressure on them eases, the researchers noted. They can even resuscitate to their pre-1998 health in the next 10 years, the report mentioned.
While chair of the ICRI, several Monegasque entities were assembled under the direction of Bernard Fautrier, Special Advisor on environmental issues to Prince Albert. They included the Prince Albert II Foundation and the Department of External Relations and Cooperation, while the Scientific Centre of Monaco contributed significantly to the work concerning reef restoration.
Another result of Monaco’s commitment was the 2020 launch of the World Coral Reef Fund by the Prince Albert II of Monaco Foundation and the Paul G. Allen Foundation, which many states have since supported.

Photo by Milos Prelevic on Unsplash