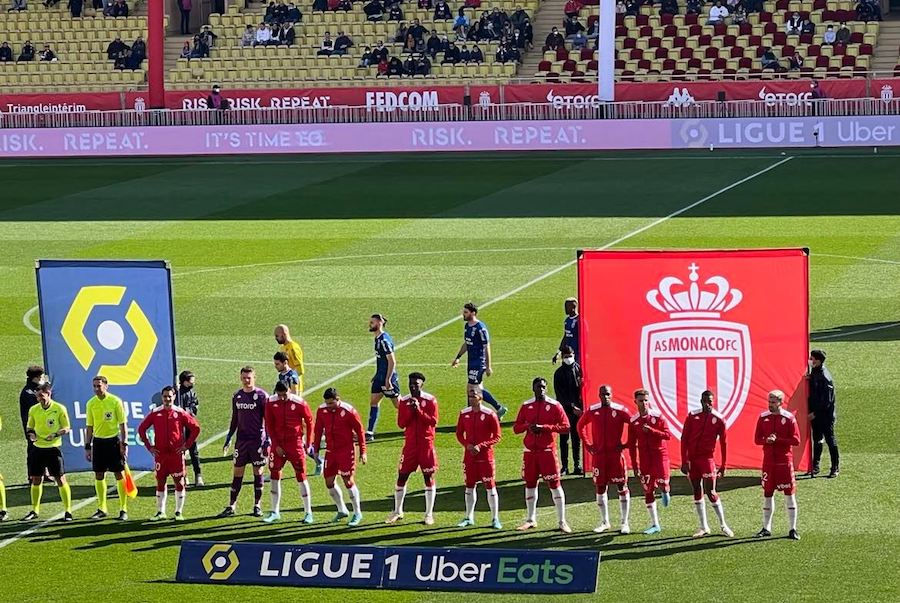 Monaco were held to a goalless draw by Ligue 1 strugglers Lorient on Sunday, bringing to an end a five-game winning streak at the Stade Louis II.

With the 5,000 capacity limit lifted hours before kick-off, fans filed into the sun-drenched stadium, hoping to see the home-side close in on the podium after Nice dropped points the night before.

This was to be a frustrating afternoon, however, as Lorient’s game plan became obvious from the offset. The Breton side came to the Principality seemingly with the intention of taking a point back with them. Sitting in a low-block, Lorient looked to stifle Monaco’s creativity.

Monaco, for their part, lacked patience in their build-up, resorting to often poorly-executed long-balls. Nevertheless, Monaco dominated possession, and that dominance did yield a smattering of first-half chances. Vanderson, starting his first Ligue 1 match for Monaco, should have hit the target with an early header. Whilst Sofiane Diop had a tame effort saved late in the first-half.

The recently prolific Wissam Ben Yedder, who has scored in his last seven outings, struggled to have an influence on the game. The Frenchman cut a frustrated figure, as he was limited to a handful of touches, a mere 28 throughout the whole fixture.

Far from incisive in the first-half, Monaco found chances even harder to come by in the second. Lacking in incision, precision and dynamism, Monaco rarely threatened the Lorient goal. The best chance of the match fell to Ben Yedder late-on, his glancing header from close range diverted to safety by the feet of Matthieu Dreyer in the Lorient goal.

The frustration and desperation for a late goal was epitomised by Maghnes Akliouche’s dive in the Lorient box, his attempt to procure a penalty, met with a yellow card for simulation. The full-time whistle was greeted with groans from the home crowd, a drab, goalless draw an unsatisfying reward for a match in which they dominated possession 65%.

Post-match Philippe Clement credited Lorient for their defensive performance, saying, “It is difficult playing against a team that commits 9/10 players to the defensive effort, and a keeper who makes some good saves on his line. Just like that you lose two points unnecessarily.”

Clement also praised his own side’s performance, despite lacking a clinical edge. Under Clement, Monaco have now kept four clean sheets in five Ligue 1 matches, whilst his predecessor Niko Kovac only kept three in the previous 19 in the competition. “My team did a lot of things well today. I am certainly happy about the clean sheet, because it’s not as if we’re playing defensively, it’s not as if we’re not playing to score. We are playing an offensive game, but with all of the players putting in the hard work.”

In the race for the European places, any dropped points can be crucial. A win against lowly Bordeaux next Sunday is therefore crucial in their fight for European football next season. 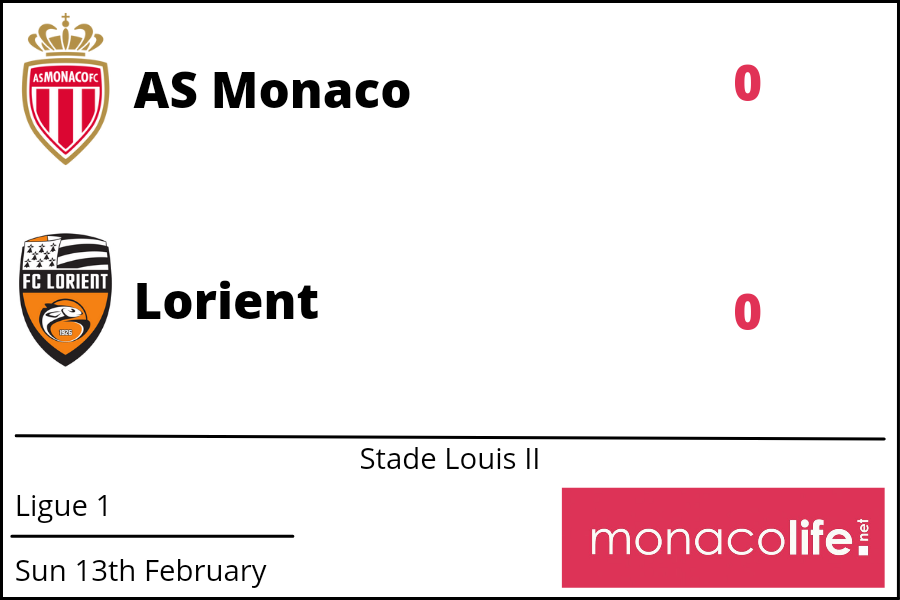