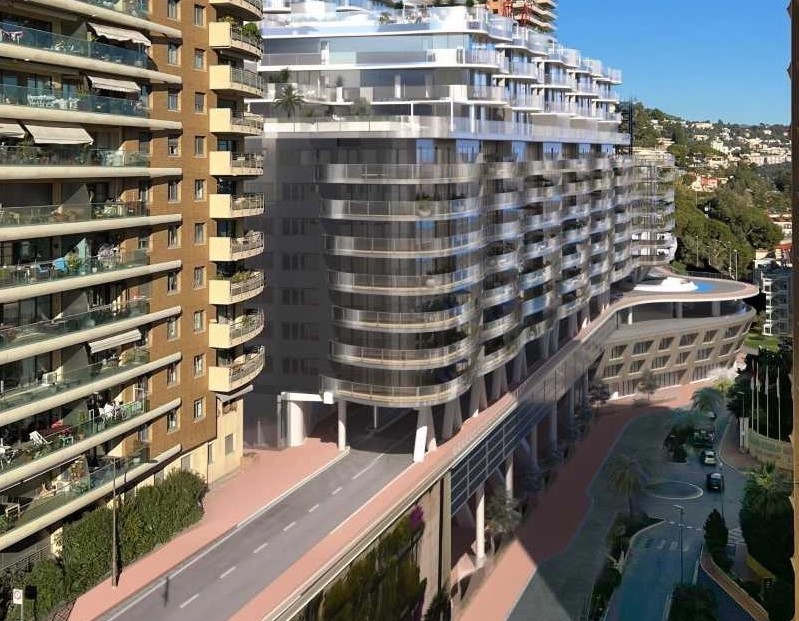 Road works will begin on 24th January to revisit the original outline of Boulevard du Larvotto. Groupe Marcozzo and VINCI Immoblier will be in charge of the project which will connect the new section to the historic road.

The operation will include some traffic disruptions that are expected to go on for two and a half months with completion in April. During this period, an alternating traffic system is being established to allow for access and to limit disruption.

As the works on the road start, network projects are simultaneously being worked on in Testimonio II’s public technical galleries, many of which will run under Boulevard du Larvotto. These networks will serve the entire district, including the thalassothermy network incorporated by the government.

This will require another alternating traffic situation running from April to mid-July, though exact dates have yet to be announced. This will signal the completion of this phase of works on the road, until 2024, when a roundabout will be created on the Boulevard to facilitate entry and exit from the car park at Testimonio II.

Testimonio II is one of the Principality’s largest construction projects currently underway. It will be made up of two residential towers with 348 state apartments and a 50-place creche, and will be the new home of the International School of Monaco, accommodating 700 pupils. Parking on 13 levels will accommodate 1,100 vehicles, including 850 for the state and public parking. There is also a private residence, Bay House, which will be comprised of 56 apartments and five villas.

The state apartments will account for roughly 10% of the country’s current stock and the total surface area of the project is approximately 150,000m2 using nearly 10,000m2 of land. The project will use 16,000 tonnes of steel and 120,000m3 of concrete. During peak times, there are more than 1,000 workers on site.

The project has not been without hiccoughs, though. They builders are working on a steep slope, reduced rights of way and with complicated hydro-geology and geotechnics.

The project was green lit in 2015, and has been progressing gradually, despite the pandemic, ever since. It is expected that the first tower and creche will be ready for occupation by the end of this year, with the second tower being complete in the 3rd quarter of 2023. The International School will be able to open its doors in 2023 as well. Finally, Bay House is set to be ready in 2024.

“Testimonio is more than a construction site for us: it is a major project for Monaco, which provides concrete solutions adapted to the needs of Monegasques and residents of the Principality,” said Céline Caron-Dagioni, Minister of Equipment, Environment and Urban Planning. “It is also a project that requires going through many stages before seeing the end of the tunnel. We still have one important task left so that Boulevard du Larvotto can be returned to full traffic and alternating is the only solution: since the beginning of the year, we have been working with the promoter and the builder to adjust a device that allows for the completion of the work and will not cut off traffic.”

Local News Cassandra Tanti - September 28, 2021
On Wednesday night, the Monte-Carlo Casino will roll out the red carpet for the premier of the new 007 film ‘No Time To Die’. But there is more to this glitzy evening than meets the eye.