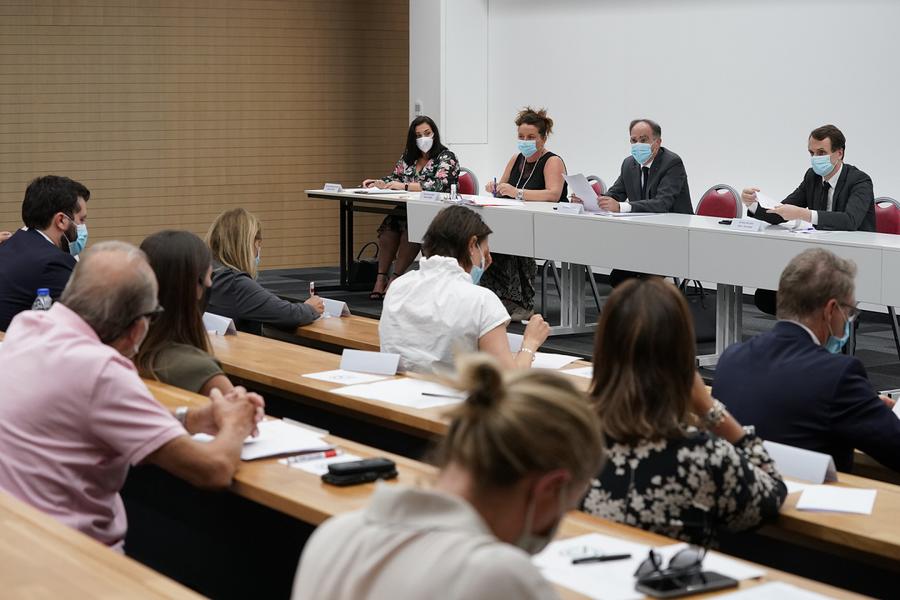 The Retail Trade Observatory has met for the first time since lockdown was lifted to discuss the actions taken by the government to jumpstart business as well as what local merchants are doing to make Monaco an attractive retail centre.

A meeting of the Retail Trade Observatory brought together players from across the spectrum of the Monegasque trade sector as well as representatives of the National Council, the Town Hall, the Economic, Social and Environmental Council, the Monegasque Real Estate Chamber, IMSEE , the Association des Industries Hôtelières de Monaco, the Union of Merchants and Craftsmen of Monaco, and the State Services concerned by this sector on Wednesday, 29th July.

Minister of Finance and the Economy Jean Castellini chaired the meeting as those present reflected on the current state of affairs and to discuss themes that had been of concern before the crisis began.

The meeting gave the government a chance to lay out the measures it has been implementing in the past weeks in favour of economic recovery and making the commercial venues of Monaco the most enticing possible for customers.

It was also an opportunity for the participants to take into account the arrangements that should be put in place, in the short, medium and long terms, in order to give new impetus to Monegasque trade and food services.

The meeting concluded with Mr Castellini wishing to give support to those businesses impacted by the health crisis and to confirm the need and commitment to put solid measures in place, as well as financial stimuli, to get the Principality’s commercial sector back on its feet.