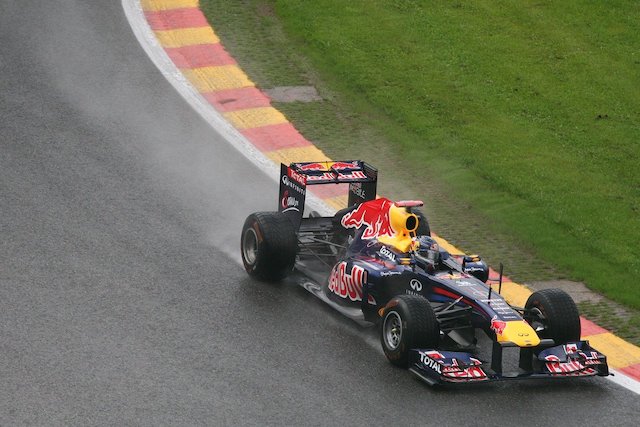 The new F1 season doesn’t start for another month, but pre-season action in Barcelona is in full swing.
As new Formula One test cars have been slowly rolled out for the public to “ooh and ahh” over this past week, the pilots have been psyching themselves up for the start of a whole new season where anything is possible.
Each team got to use only one of their cars during testing, so strategies are varied as to how time is split. Ferrari, AlphaTauri, McLaren, Haas and Red Bull have opted to give a single pilot the whole day. This put Sebastian Vettel, Daniil Kvyat, Carlos Sainz, Kevin Magnussen and Max Verstappen respectively in the driver’s seat for Day One of testing, though Vettel withdrew last minute due to illness leaving Ferrari conspicuously missing.
Alfa Romeo, Mercedes and Renault took different tacts. Alfa split the day between Robert Kubica and Antonio Giovinazzi. Their regular test pilot, Kimi Raikkonen, had his chance already last week in Fiorano. Mercedes gave equal time to Lewis Hamilton and Valtteri Bottas. Renault allocated time for both Esteban Ocon and Daniel Ricciardo. Racing Point and Williams are doing the same with the day partitioned up by Sergio Perez and Lance Stroll for Racing Point and George Russell and Nicholas Latifi for Williams.
At the end of the first day, Team Mercedes showed they still have what it takes. Lewis Hamilton came in fastest, though the times are fairly unreliable, as these tests are more for measuring laps to determine the reliability and success of each vehicle.
No red flags were thrown during the day, a notable feat, and every team covered at least 100 laps. Daniel Ricciardo made the fewest laps with 56, whilst Max Verstappen clocked up the most at 168.
Verstappen may have opted to drive so many laps to get a better feel for his Red Bull RB16, which he spun out in twice. Pushing the boundaries is all part of the testing process, and it seems Verstappen did just that. Fortunately, no damage was done and both pilot and car came out unscathed.
This first round of testing concludes Friday with three additional days happening next week.
The season officially opens on 15th March in Melbourne and hits Monaco on Sunday 24th May.