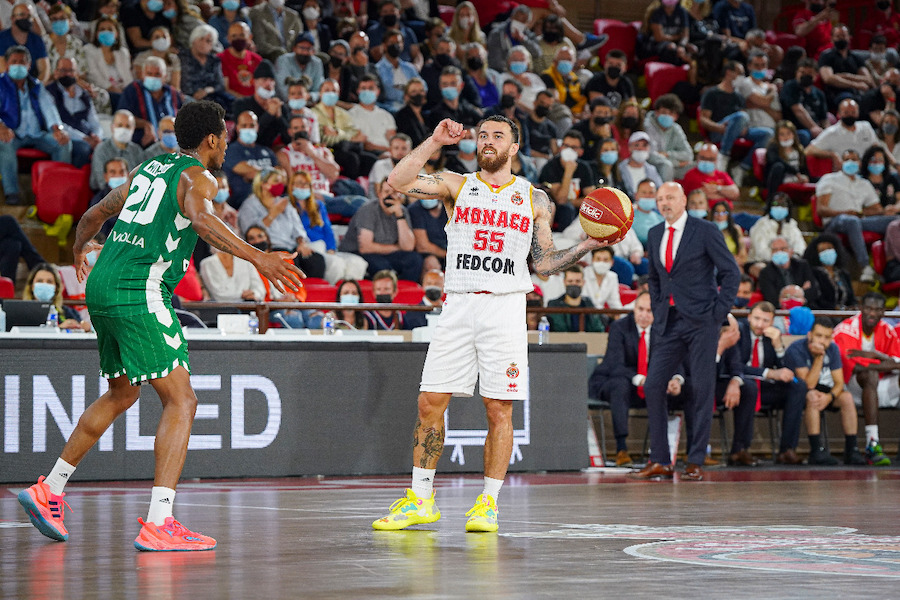 After a difficult start against Nanterre, AS Monaco Basketball went on to dominate their opponents (84-66) at the Salle Gaston Médécin on Tuesday, as Sasa Obradovic’s men maintained their positive “rhythm”.

The win does little to the table. The Roca Team remain second behind Lyon-Villeurbanne and just ahead of Boulogne-Levallois. Only two matches of the regular season remain and Monaco are guaranteed a third-place or better finish.

More important than wins on the board at this moment in time is momentum and rhythm, as Obradovic stated post-match. “We still have two matches to keep the rhythm and keep on this positive spiral ahead of the play-offs.”

Key to keeping that run going, Obradovic admitted, is a “good attitude,” which can be difficult to maintain with so little on the line.

Tuesday’s opponents Nanterre were no push-overs. The visitors began efficiently to take a first-quarter lead, but a dominant second from the Roca Team took the game from their grasp. Limiting Nanterre to only eight points, the Roca Team also found their range in attack and an unreplied eight-point streak before the half-time buzzer meant Monaco went back to the dressing room with the game firmly in their control (41-33).

Monaco were never troubled in the second-half. Strong performances across the board kept the scoreboard constantly ticking for the Principality side as they eased their way to an 11th win in their last 12 Betclic Elite fixtures.

Monaco next travel to face Limoges on Saturday in the penultimate game of the regular season. 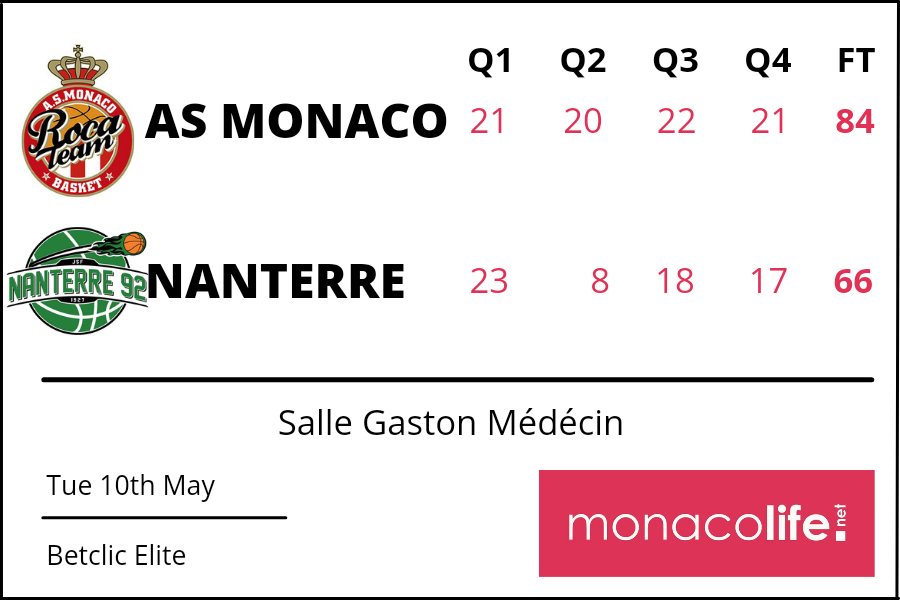