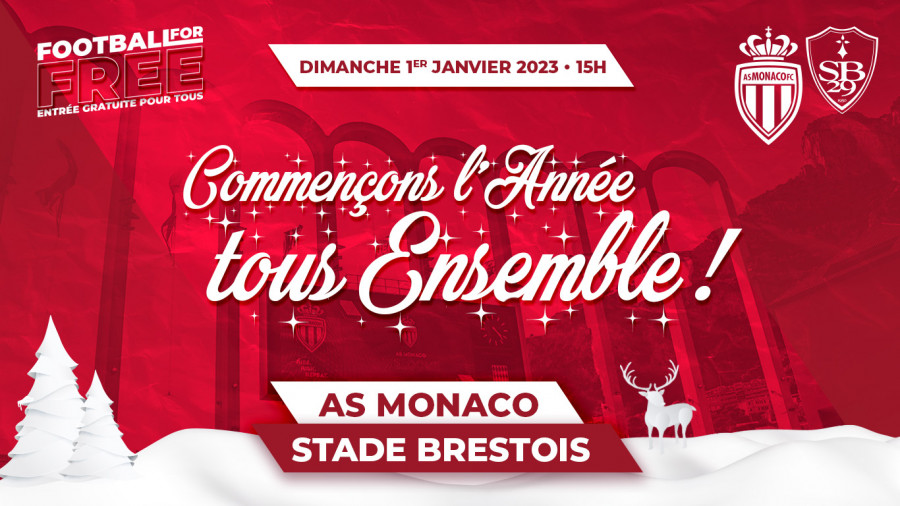 After a seven-week absence, AS Monaco return to the Stade Louis II, heralding the New Year with a Ligue 1 fixture against Brest, and fans can attend for free.

The Principality side are celebrating the inaugural French football “Celebrations Week” in style, by offering fans the chance to watch Philippe Clement’s side for free on 1st January. The 17th game of the Ligue 1 season takes place at the Stade Louis II at 15:00 local time.

Tickets for the event can be obtained at the club’s online store, with fans able to reserve up to six places. The site has been modernised during the recent World Cup for easier usage. Fans will be placed in the “first” stand and in the “Munegu Family” stands inside the Stade Louis II.

Les Monégasques will return to their home ground for the first time in seen weeks high on confidence after their victory against Auxerre on Wednesday, and their homecoming will be attended by thousands of Monaco fans, who free of charge, will fill the iconic stadium.