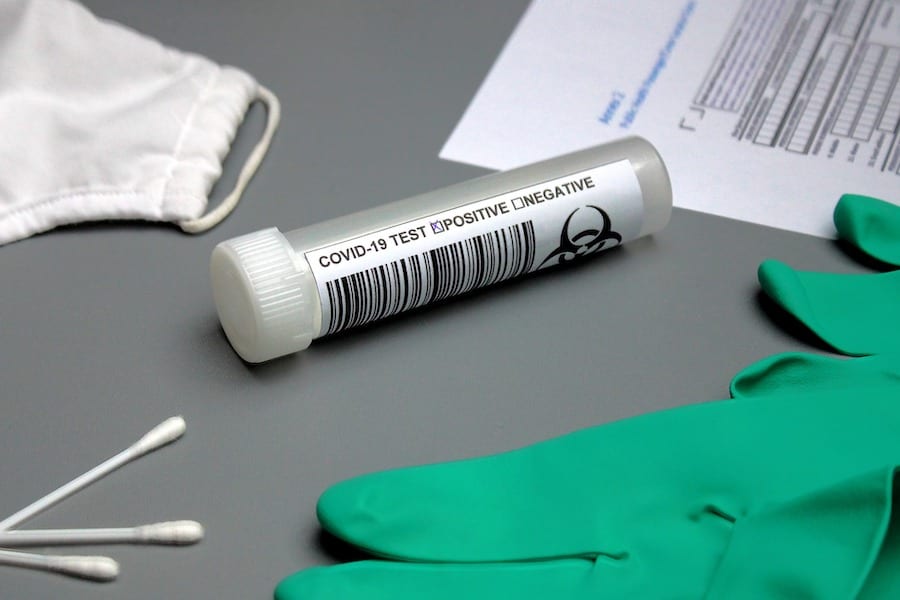 Nice Côte d’Azur Airport is poised to be the model for other airports with the establishment of a Covid antigen testing centre on-site for passengers heading to selected locations.
The Nice Airport authorities reacted quickly to the call on 15th October from the French Minister of Transport to create a “health corridor” at the facility, organising and setting up a room in Terminal 2 exclusively dedicated to administering Covid tests for passengers on a voluntary basis.
The initial phase will be viewed as a “full-scale test that aims to be deployed on a wider scale and in the long term in other airports.”
The airport has been working closely with the French government, the city of Nice, the regional health authority and two partner airlines, Air France and Alitalia, for this first phase.
Tests will be offered to passengers travelling via Paris Orly or Paris Charles de Gaulle to the overseas territories as well as those going to Rome. They can also be requested by any outbound passenger wishing to be tested.
According to the airport, limiting testing to clients of Air France and Alitalia for the short term is allowing it to fine-tune the process before expanding, giving it an opportunity to anticipate the number of passengers who may come in, ensuring a fast and efficient service.
“By working hand in hand with French public services, the city of Nice, the health authorities, the airlines and their ground-handling agents, we are creating the optimal conditions to enable the largest number of people to be tested all while maintaining fluid passenger flows and the punctuality of departing flights. We would like to thank the Minister for Transport, his teams and all the partners in this pilot project for having trusted us to implement this experiment, which is set to be deployed on a wider scale,” said Franck Goldnadel, Chairman of the Board for Aéroports de la Côte d’Azur.
The centre is open daily from 5am and can accommodate up to six stations running simultaneously for sample-taking and four for those handling the administrative side.