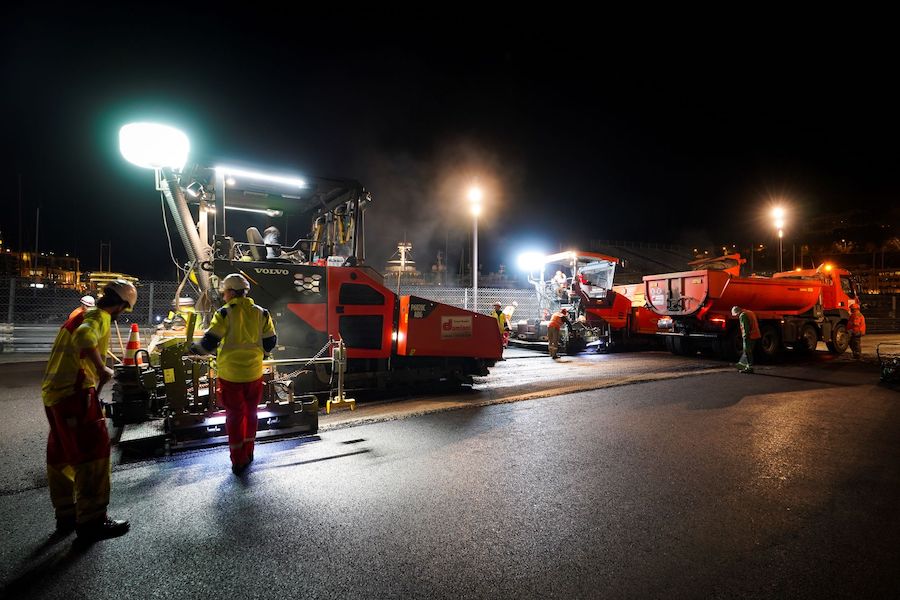 The annual resurfacing of the Grand Prix circuit will take place from 28th February to 16th March this year. Here are the traffic disruptions you can expect during the works.

With the fast approaching Monaco e-Prix on 30th April, the Monaco Historic Grand Prix on 13th to 15th May, and the Monaco Grand Prix from 26th to 29th May, the government on Monday announced details of the road preparation operation on part of the circuit and other affected areas of the Principality.

The repair operations will be carried out in two phases. The first involves the planing of the upper part of the pavement to a depth of 5cm, followed by the laying of asphalt and a reconstitution of the pavement.

The equipment needed for the work will be stored on the Louis Chiron bend, and the relevant parking lots will be closed from 22nd February.

The works will take place at night in an effort to reduce the impact on traffic. Bus diversions will be in place from 8am to 6pm in the affected sectors. Residents will receive more information about the works in the post.

While frustrating at the time, the regular asphalting for the Grand Prix does provide Monaco and residents with well maintained, International Automobile Federation-worthy roads.