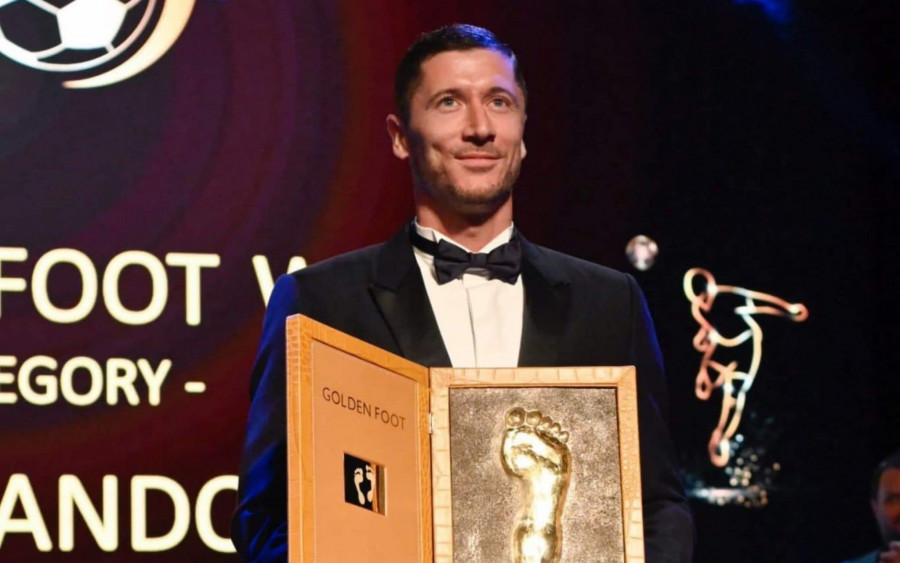 Prior to the evening ceremony at the Grimaldi Forum, legends of the game were honoured in a press conference. Former Manchester United and Chelsea midfielder Juan Sebastián Verón and Turkish manager Fatih Terim who has managed both the Turkey national team and Galatasaray on four separate occasions were honoured with Legends’ Awards.

Prolific Polish striker Lewandowski has enjoyed another standout year. Having won the Bundesliga with Bayer Munich, the 34-year-old earned a big-money move to Barcelona, where he has already scored 18 goals in 19 games for the La Liga side. He also scored twice in the recent World Cup in Qatar, including a goal against France in the Round of 16.

Reacting to the receipt of the award, Lewandowski said, “I am very happy and very proud and for me, it is a huge honour to win this Golden Foot award because I know hard I have had to work to achieve what I did and now I can be proud. Seeing the names of the previous winners, makes me even more proud.”

Lewandowski succeeds the likes of Salah, the 2021 winner and Cristiano Ronaldo, who won the award back in 2020. The Polish international has now quite literally followed in their footsteps and immortalised his legacy in Monaco concrete.