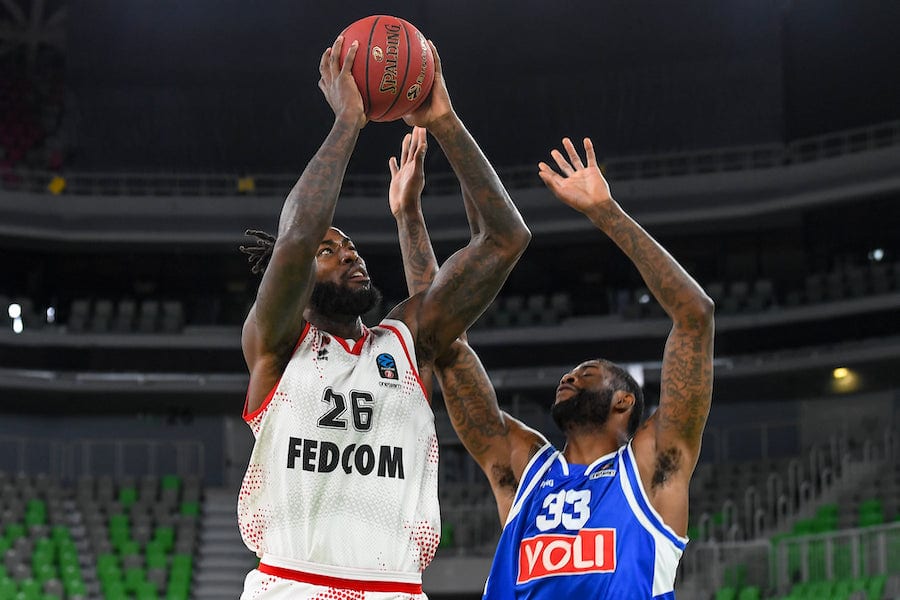 AS Monaco Basketball were large and in charge on Friday when they faced off against Buducnost Podgorica in a Euro Cop 7 quarterfinals match in Ljubljana.

The game started out quite fast-paced and aggressive with two fouls each for Mathias Lessort and Captain Dee Bost early on, forcing a change in line up. Will Yeguete stepped in for Lessort, as both sides battled for control.

It was back and forth most of the game with no clear dominant force until the last minutes of the game when Monaco took the strong lead that ended in a 74 to 64 win.

“It was a long game,” Coach Zvezdan Mitrovic said after the match. “I’m happy with the way we played tonight. The duel was close, despite the 10 points at the finish. Our problem with the first leg, the rebounds and protecting our circle, was solved tonight.”

Monaco made 26 shots out of 51 attempts with only three for 16 in three-point range, but were brilliant on the rebound front with 44. Lessort, who was everywhere, had nine alone and Marcos Knight had seven. There were 15 assists, four steals and 17 stray balls.

Rob Gray was high scorer with 20 points on the night, followed closely by Lessort who had 19. Marcos Knight was third highest scorer with 13 points.

The Roca team play Cholet next in Jeep Elite and another match against Buducnost Podgorica on Wednesday, only this time on their home turf.