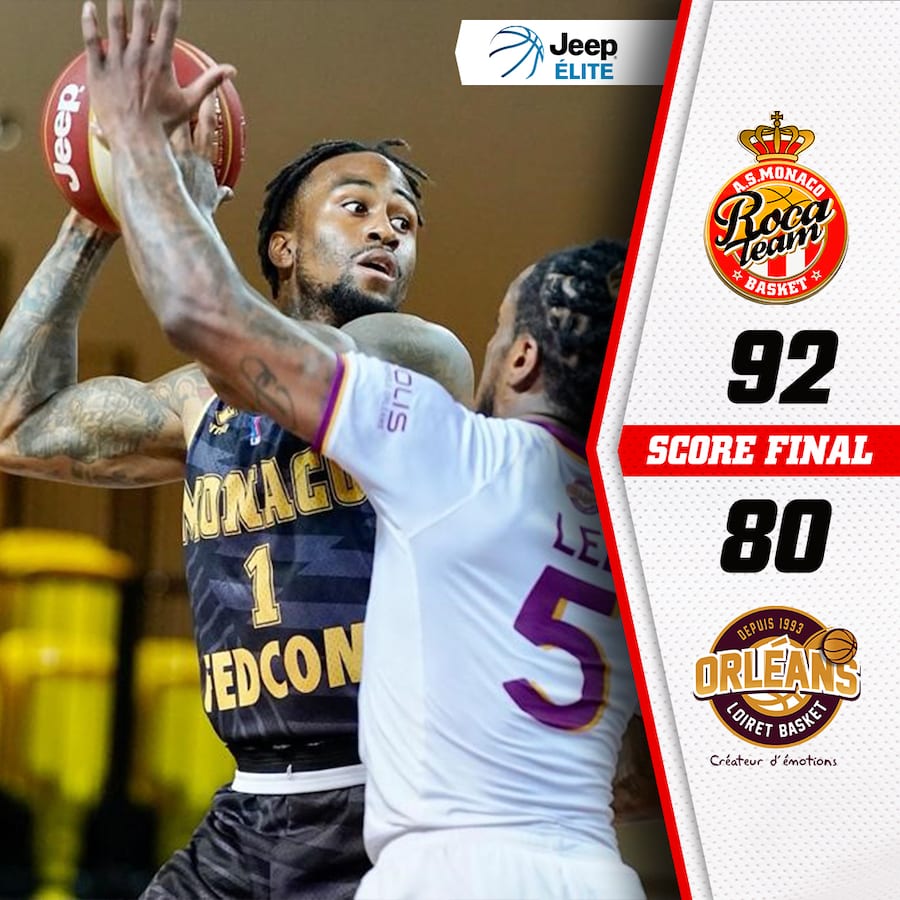 The Roca team fought tooth and nail against a determined Orleans team on Saturday and in the end came out on top, holding onto first place in the Jeep Elite standings and winning the day 92 to 80.

AS Monaco Basketball have been extremely busy. Between regular season Jeep Elite games and the Euro Cup 7 finals, there has barely been time for them to breathe. But this doesn’t stop them from winning games, and win they did on Saturday night against Orleans at home at Gaston Médecin.

It seemed like the game was going to be a cinch as the Roca team held onto the lead, sometimes quite a substantial one, for most of the first half. Then in the third quarter Orleans sprang to life and the shift was immediately clocked by Coach Zvezdan Mitrovic who reminded his players to “watch the offensive rebound”.

The Orleanais not only caught up but took the lead, prompting Monaco to fight back. The two teams were neck and neck up until the very end when the Roca boys stepped it up and sealed the deal with a 92 to 80 win.

“It was a crazy game against Orleans,” said Assistant Coach Mirko Ocokoljic. “They came back after the break with a lot of energy. We also had to share the minutes in light of Tuesday’s final. We probably spent some energy at the end, but everyone ended up in good health, without injury, that’s good. This first match of the semi-final will be decisive.”

Rob Gray was high scorer this game with 16 points, followed by Mathias Lessort with 13, Ibrahima Faye with 12 and Damien Inglis with 11.

Everyone is waiting to see if Monaco can continue to keep their heads in the game for Tuesday night’s semi-final match against Gran Canaria for the Euro Cup 7 finals. The team has home field advantage, and with the schedule as gruelling as this, they will need the rest to stay on top.