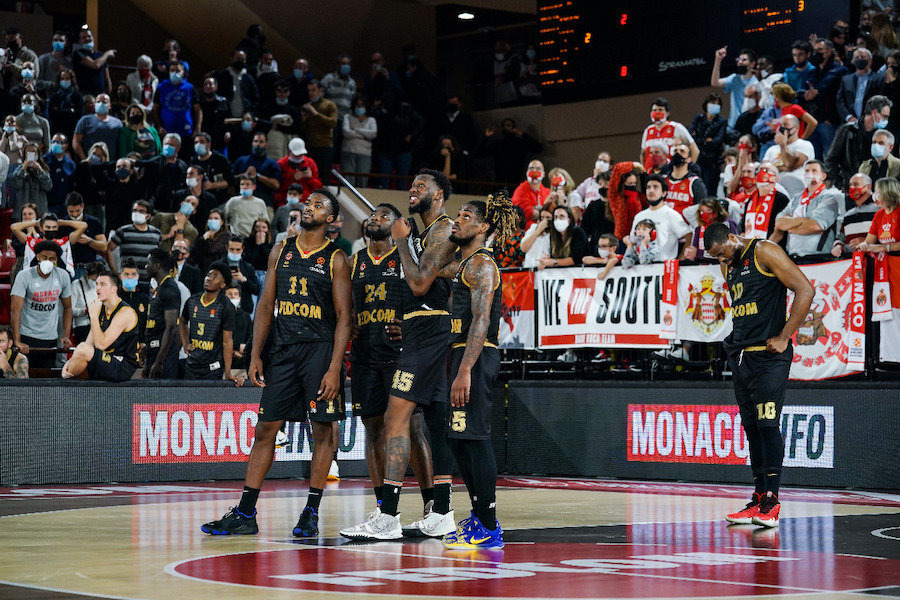 A last-second Lyon-Villeurbanne three-pointer condemned AS Monaco basketball to an agonising 84-85 defeat in the Euroleague, as Zvezdan Mitrovic’s men slumped to a third consecutive defeat.
After last week’s away losses against Anadolu Efes and Maccabi Tel Aviv, AS Monaco basketball returned home to the Salle Gaston Medecin on Friday to a festival atmosphere as over 4,000 fans packed the hall. That, however, wasn’t enough to rouse the Principality side as Lyon swept into an early 0-8 lead.
Mitrovic’s men quickly made up for their slow start, scoring 10 unanswered points, as the two sides finished the first quarter neck-and-neck (21-22). An energetic Lyon defence, efficient in recovering the ball, consolidated their solid defensive work with impressive attacking accuracy. A flurry of two and three pointers for Lyon saw the game slide away from Mitrovic’s men in the second quarter (19-26).
Similar to their recovery during the first quarter, AS Monaco fought back after the half-time break. Paris Lee, with his inexhaustible energy levels, was a source of great creativity as well as points for the Roca side, and his contribution was pivotal in clawing Monaco back into the game.
Mitrovic’s men’s impressive third quarter performance (22-14), which limited Lyon’s scoring opportunities, set up the game for a grand-stand finish as the sides went into the final quarter level on points. Mike James’s direct running and efficient finishing allowed Monaco to edge ahead of their French rivals. With just over one minute on the clock, Monaco had a slender two-point lead. This was quickly overturned, and by the time the clock ticked below the minute mark, Lyon led by a single point. The Salle Gaston Medecin erupted when some excellent defensive work from Lee gave the Mitrovic’s men the opportunity to edge back in-front, which was duly converted by Will Thomas. 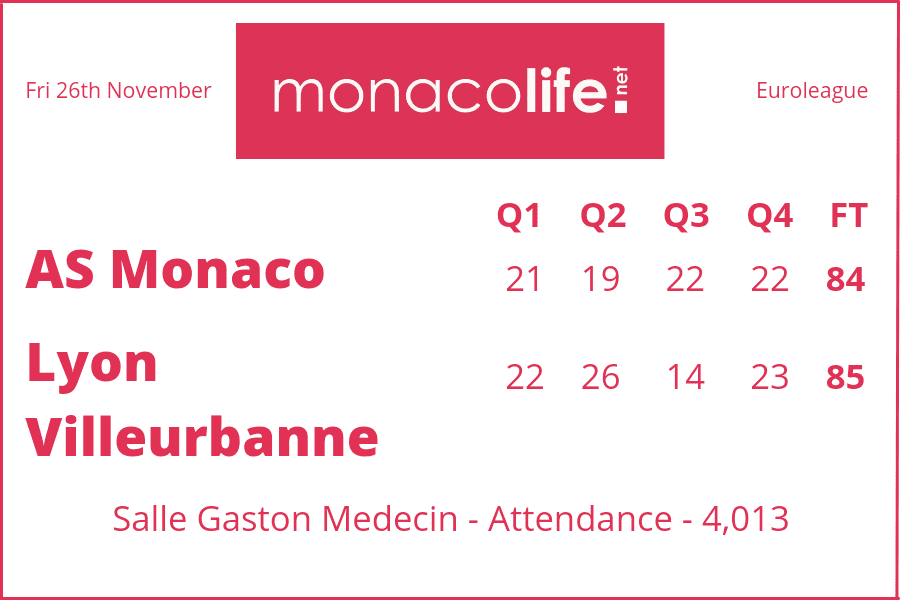 The game looked settled as the seconds ticked away, but there was one last sting in the tail, as a long-range William Howard three-pointer from near the half-way line cruelly took the victory away from Monaco on the gong, after a lengthy referee review.
Although happy to have participated in a thriller, Mitrovic couldn’t help but address the controversial manner in which Lyon secured their victory, as the winning points were secured with only a matter of milliseconds on the clock. “It was an incredible end to the match, and tragic for us. We had the game in our hands… The referees have made their decision. Look, I’m receiving photos of the buzzer lights and the ball doesn’t seem to have left Howard’s fingers.”
AS Monaco will have to quickly get over this agonising defeat and try and get their Euroleague campaign back on track as they face Fenerbahce in Turkey on Thursday.