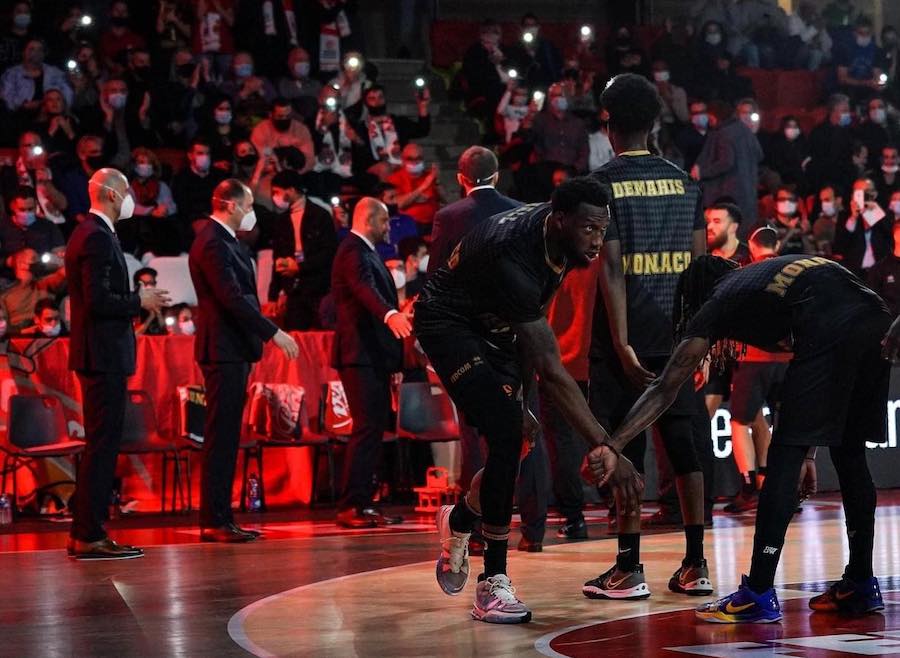 AS Monaco basketball ended a four-game losing streak on Saturday, overcoming a three-point deficit going into the final quarter to beat Reims 90-83 at the Salle Gaston Médecin.
The win consolidates AS Monaco’s second place in the Betclic Elite division, having won seven matches this season. Only Boulogne have won more with nine. The Principality side also carry a game in hand, which could allow them to close the gap to top spot even further.
Having lost out in the previous two fixtures in the final quarter, this time it was Monaco’s turn to have a late rally and take home the spoils, and this is testament to their resilient mentality. The game was ultimately won from Reims’ ill-discipline, having conceded 30 free throws, more than double what Monaco conceded, it was only the Principality side’s wastefulness from the free-throw line that prevented the scoreline looking more emphatic – the profligacy likely a vestige of the side’s recent poor run of form.
Donatas Motiejunas helped Monaco to a strong start, nailing a three pointer, whilst also doing well to manufacture space within the key to secure a field goal. Having raced into a commanding 17-9 during the first quarter, Monaco’s defensive deficiencies were once again exposed as Reims closed the gap to trail by just four at the buzzer.
Monaco, seeking to extend their advantage, were thankful for a piece of Paris Lee magic early in the second quarter, as the American carried the ball the length of the court, before dispatching a three-pointer, getting fouled in the process. This score provoked a comeback as Reims’, with their superior accuracy from outside the key, converted a series of three-pointers, the Monaco defence once again found wanting.
Monaco therefore went into half-time with a slender lead, but this was soon overcome; the Principality side couldn’t contain Reims’ penetrating runs, whilst they also failed to compress the space outside the key.
Monaco therefore found themselves in an all too familiar position going into the final quarter, with the match finely in the balance. In recent times, the Roca side have folded in such situations, but this time they rose to the challenge. Lee, a constant threat, got the quarter off to a great start with a three-pointer. He was backed up by Rob Gray, Monaco’s top scorer on the day with 18, who was chipping in with frequent field goals.
It was, however, Lee who stole the show in the fourth quarter and dragged his team over the line to bring a four-game losing streak to a welcome end. 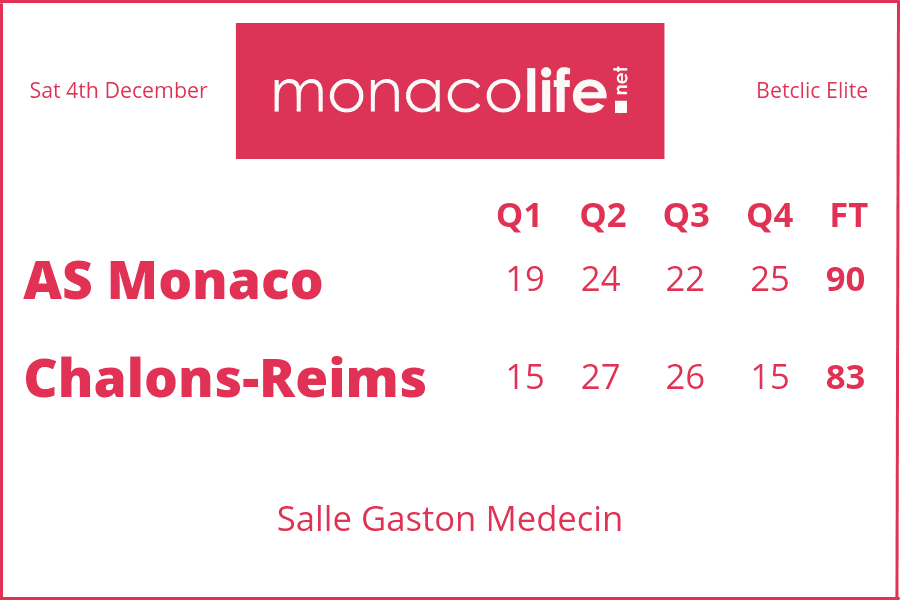 Monaco’s coach Zvezdan Mitrovic, although far from overwhelmingly pleased with the performance, was nonetheless happy to have secured the victory, saying after the game: “The only thing to take from this match is the victory, and that’s the most important thing, as well as bringing an end to the losing run!”
Mitrovic will be hoping that his side have gained confidence from the win, and that they can take that confidence into what is an extremely packed December schedule. Next up – Lyon at the Salle Gaston Médecin on Tuesday evening.