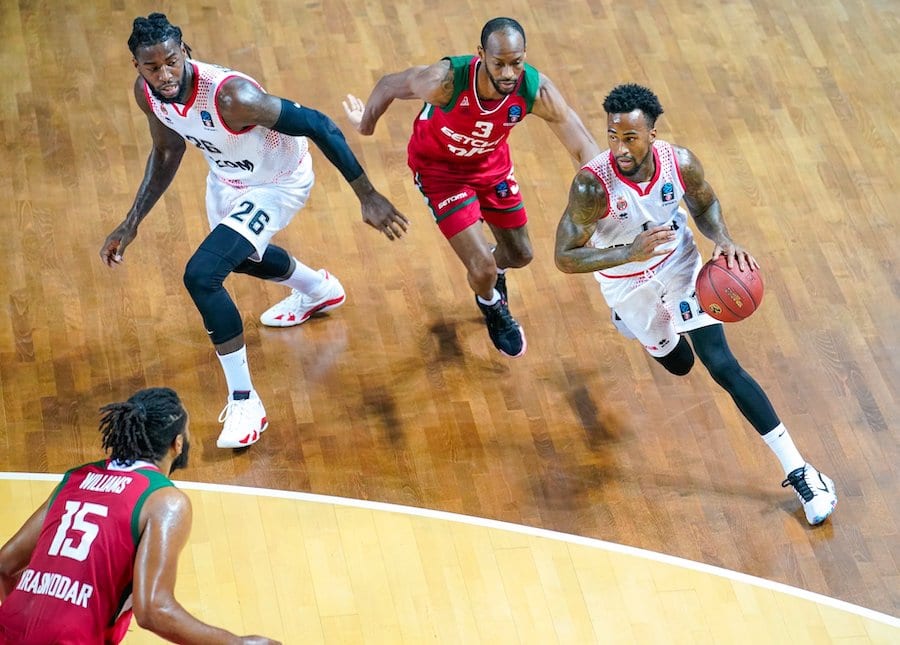 AS Monaco Basketball has had a week of change, loss and uncertainty.
It has been a long, strange week for AS Monaco Basketball. The Roca Team announced the departure of Wesley Saunders, who only arrived this season, for greener pastures in Bologna; they racked up another Euro Cup 7 loss against Russian outfit Lokomotiv Kuban Krasnodar; and their boss has made a public case to try and ensure the season is not again cut short due to Covid-related restrictions.
Wesley Saunders, the 27-year-old American who played college ball at Harvard, is returning to the Series A Italian league to play for Fortitudo Bologna. Saunders had only 10 minutes of court time per game with Monaco, which may be partly the reason for the departure. He has already been replaced by another American, Rob Gray, who played for Boulogne-Levallois before coming to the Rock.
This comes on the heels of a 72-88 loss to Lokomotiv Kuban Krasnodar. It marks the second Euro Cup 7 match the team has lost in a row. Marcos Knight pulled his weight scoring 17 points, with Captain Dee Bost and Mathias Lessort both scoring 16 apiece. But it wasn’t enough to hold off the Russians who have moved into 2nd place on the table, pushing Monaco down to 3rd.
Then there is Sergey Dyadechko’s impassioned letter on the AS Monaco Basketball website asking the powers that be to continue Jeep Elite games as planned during lockdown. No word has been sent that play will be cancelled, but clearly the fear remains in the forefront of the team president’s thoughts.
“I believe that in the current situation we should all be more pragmatic in seeking compromise solutions that would allow us not to interrupt the 2020-2021 basketball season – all the more so, to my knowledge, since the Government of the French Republic supports the idea of ​​continuing the competitions of professional sports leagues,” he wrote.
The prospect of playing another season without spectators is no doubt unappealing but the idea that it could be cancelled outright is even worse. In the meantime, the Roca Team’s Jeep Elite match against Strasbourg set for Halloween night has been postponed.

Photo of by AS Monaco Basket