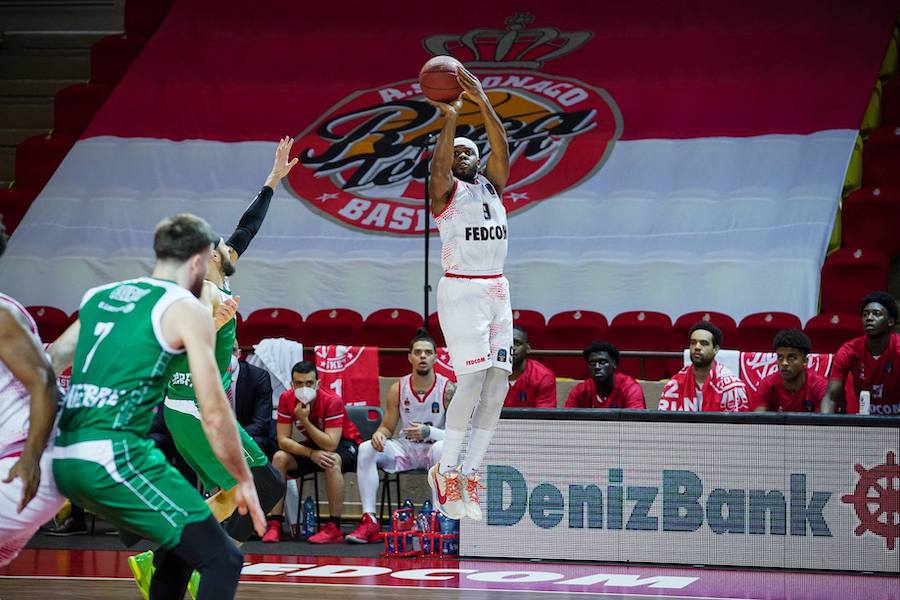 AS Monaco Basketball have not only advanced to the quarterfinals of the Euro Cup 7 playoffs, they have also secured the homecourt advantage after a too-close-for-comfort win over Nanterre 92 on Tuesday night.

The Roca team earned their place in the Euro Cup 7 quarterfinals after a 98-94 nail-biter against Nanterre 92 on Tuesday night at Gaston Médecin, putting them in first place in Group E. This is AS Monaco’s second trip to the quarterfinals in a row.

Monaco made an impressive 21 shots out of 32 including 10 out of 25 from the three-point line. They recovered 31 rebounds, with Marcos Knight taking nine on his own, and picked up seven stray balls. The team played well together with 19 assists. Again, Knight topped the evening with six, and Team Captain Dee Bost had five.

High scorers on the night were Bost with 22 points, Rob Gray not far behind with 21, and Knight with 19.

“We really gave our training a lot during the international truce. This meeting against Nanterre was important to us. We wanted this quarter-final,” said Gray after the match.

“Top eight, here we are! I want to congratulate my players,” said Coach Mitrovic in a show of genuine praise. “Few people would have bet on us at the start of the season for such a result. We try to give our best in every game. Tonight, there were ups and downs in both camps, it’s classic after a three-week hiatus.”

The Roca boys quarterfinals journey will start from 23rd March where they will play either Olimpija Ljubjana or Bucucnost Podgorica, but fans can still catch the team in action in Jeep Elite play when they face off against Elan-Bearnais on 6th March at Gaston Médecin.