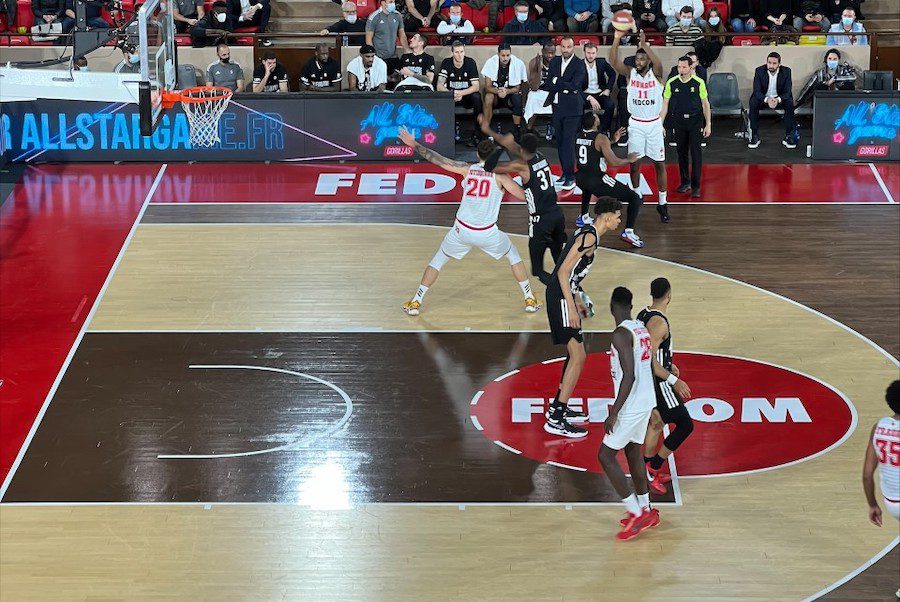 AS Monaco basketball, having lost to an on-the-buzzer winner against Lyon less than a fortnight ago, exacted their revenge on the Rhône side, coming out 84-82 winners on Tuesday.
History seemed like it was going to repeat itself, with Lyon working a shooting position as the seconds on the clock wound down to zero, but Elie Okobo’s three-point attempt came up short, handing the victory to Zvezdan Mitrovic’s side, cuing jubilant scenes at the Salle Gaston Médecin.
The game was decided by fine margins. A combination of indiscipline and inferior accuracy, especially outside the key for Lyon, and a storming performance from Donatas Motiejunas was enough to give the Roca team the edge.
Mitrovic was without star-man Mike James for the fixture, but Monaco started well in his absence, Paris Leee filling the void with eight points early-on, including two three-pointers to open up a lead. This was, however, a match in which the pendulum swung back-and-forth, and following a timeout, Lyon had overturned the deficit with 11 unanswered points.
Finishing the first-quarter with a minor deficit, the pendulum swung once more as Monaco were gifted a route back into the lead. Lyon were the architects of their own downfall as their indiscipline gifted Monaco a flurry of free-throw (FT) points – the Principality side converting 18 of their 23 FT opportunities on the night.
https://www.instagram.com/p/CXMg187M097/?utm_source=ig_web_copy_link
Monaco this time went on their own scoring streak, scoring 14 unreplied points, most of which were FTs, and a spectacular, speculative Alpha Diallo three-pointer on-the-buzzer gave Mitrovic’s men the advantage heading into the break.
Monaco extended their lead in the third-quarter, largely thanks to the incredible accuracy of Donatas Motiejunas within the key, with 16 of the Lithuanian’s 28 points on the night, coming from this area of the court. Rob Gray backed up his team-mate with a brilliant half of his own, his incisive running, allowing him to score 13 points on the night.
Lyon were far from out of the game however, and Monaco didn’t need a long memory to remember the controversial, agonising defeat that the Asvel side inflicted less than two weeks ago. The beginning of the fourth-quarter was dominated by the Rhône side, who wiped out the deficit, and edged into a narrow lead with minutes to spare. 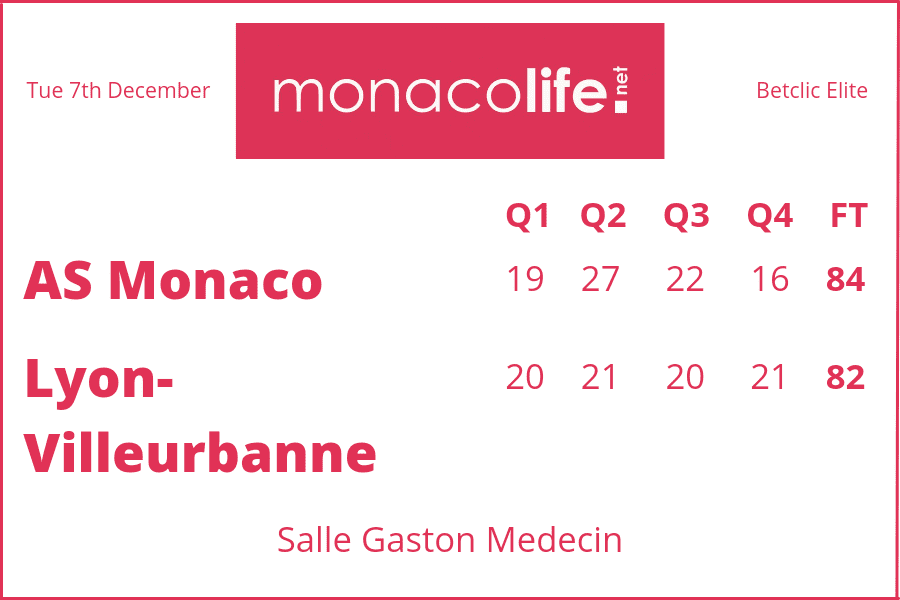 Lyon and Monaco then started matching each-other blow-for-blow, and the Monegasque crowd were celebrating defensive interceptions as if they had scored a three-pointer of their own. Lee got the vital two-pointer to give Monaco the advantage with 40 seconds to spare, and Lyon’s last-gasp attempt to repeat their on-the-buzzer victory fell short, quite literally, as the three-point attempt didn’t even reach the hoop.
The buzzer was greeted with raucous applause from the home support as they celebrated a victory that holds greater importance to the Monaco faithful given the recent history of the fixture. Mitrovic acknowledged the importance of the victory post-match: “It is always difficult to play against Asvel… for us it is a particularly satisfying victory.”
Having registered consecutive victories in the domestic division, the Roca team will now be hoping to carry their form into their Euroleague fixture against Milan on Friday evening at the Salle Gaston Medecin.