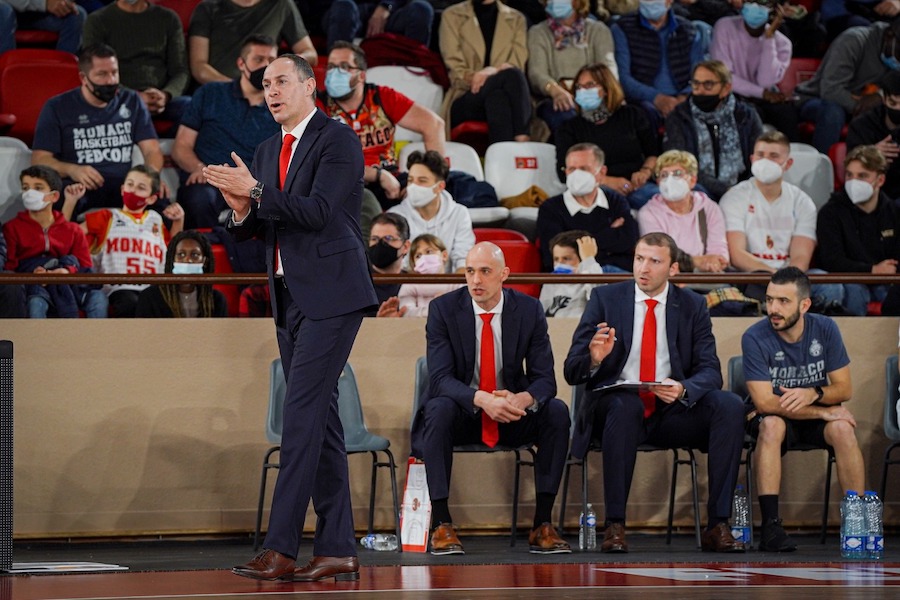 Having secured qualification for the play-offs in the Euroleague thanks to victory against Milan on Thursday and Alba Berlin’s loss a day later, AS Monaco Basketball’s attention returned to domestic competition on Sunday.

Defeat for the German side at the hands of Turkish side Anadolu Efes confirmed the Roca Team’s place in the play-offs, becoming the first side from the French division to do so since 2001. Even more impressively, they also became the first side to qualify for the Euroleague play-offs in their debut season.

Understandably a largely mental, but also physical, hangover was displayed at the Salle Gaston Medecin on Sunday as they welcomed Orleans in the Betclic Elite.

The Roca Team struggled to find a rhythm for large periods of the contest. Despite taking an early lead, thanks in large part to the efficiency of Donatas Motiejunas within the key, the home side weren’t at the races. That drop-off in intensity can easily be attributed to their exploits just days earlier.

Primed to profit were Orleans, who led for the vast majority of the match, only to come up short at the death. It was yet another test of mental strength through adversity, although this time, they couldn’t rely on Sasa Obradovic to muster up a collective spirit from the sidelines.

The Monaco manager was ill over the weekend, and it was therefore assistant manager Mirko Ocokoljic who replaced the Serbian on the sideline. Since his return to Le Rocher, Obradovic has instilled a winner’s mentality that is present, even in his absence. Consequently, despite trailing by 16 points towards the end of a catastrophic second-quarter, there was little doubt that they were still very much in the game.

The Roca Team successfully reversed the trend in the second-half, but a commendable resilience from Orleans kept the lead steady by the end of the third-quarter (56-69). It was in the fourth-quarter that Monaco would dig themselves out of the hole, and secure the smash-and-grab victory.

As is so often the case, it was Mike James (24) who led the comeback. His prodigious talent is being more and more supplemented by an ever-burgeoning collective might, as Motiejunas (17) and Danilo Andjusic (13) also made notable contributions.

It was in fact the contribution from the latter that proved most decisive. Consecutive three-pointers reversed the deficit and handed the Roca Team a slender lead with just a 1:30 to go. Once in the lead, they never looked like conceding it, the fourth-quarter rout (34-15) ultimately securing the victory (90-84).

The side now join Boulogne-Levallois on 18 wins at the top of the Betclic Elite table, as another play-off qualification looks a foregone conclusion.

Post-match, stand-in manager for the day Ocokoljic praised his side’s mentality. “It wasn’t a question of tactics, but of strength and will. At the end, the guys showed all of their pride and desire to win every meeting.” The Serbian added, “It is satisfying to win this match after having overcome a big gap.”

Next up is Chalons-Reims in the Betclic Elite on Tuesday, before the final match of the Euroleague regular season against Alba Berlin at the Salle Gaston Medecin on Friday.