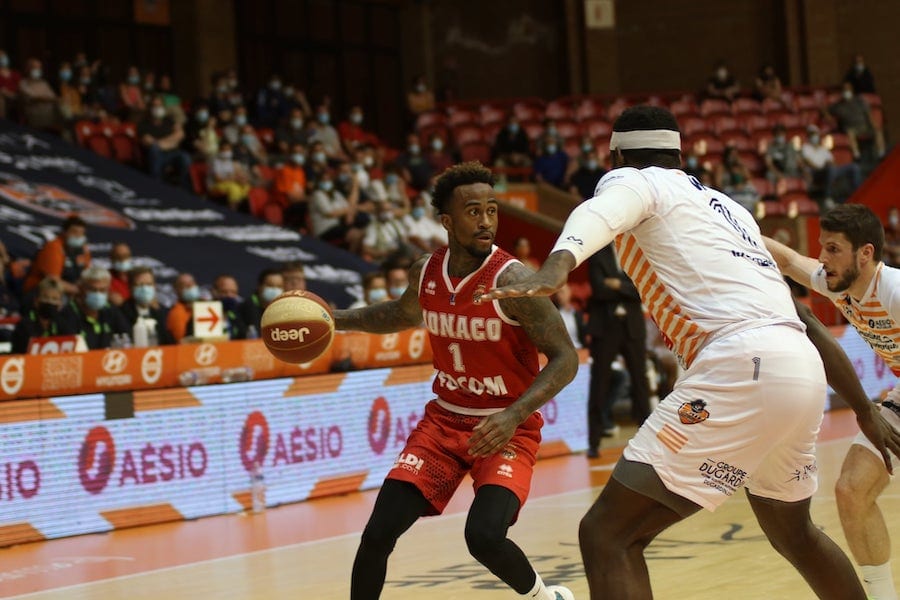 The Roca team have found their mojo once again after a three game losing streak, defeating BCM Gravelines-Dunkerque on their opponent’s home turf.

AS Monaco Basketball made the journey to France’s northernmost region, Hauts-de-France, where they went up against BCM Gravelines-Dunkerque and broke their losing streak beating them 91 to 74.

The win has boosted the spirits of the team and fans alike, and brings them within one victory of securing their place in the Jeep Elite top 4, thus giving them a home court advantage in the first game of the quarterfinals.

The game was nowhere near a foregone conclusion, though, as the Roca team struggled the first quarter to gain a foothold. When the buzzer went off, they were trailing 17 to 22, and it wasn’t until the second quarter that Monaco was able to take the lead, when JJ O’Brien launched one into the net, giving the Roca team a slim 28 to 27 edge.

The lead didn’t last long though, and BCM once again took control, but by the end of the first half, ACM had clawed their way back and had a tiny one shot lead.

After returning from the locker room, they kicked into gear. With Team Captain Dee Bost leading the charge, the Roca team’s magic was in full effect, and by the end of the third, they had a solid and comfortable lead, outgunning their opponents 30 points to 15 in the quarter.

The final quarter was an even draw, and enough to keep Monaco right where they wanted to be. In the end, they walked away with a heartening 91 to 74 win.

“We showed our true face, especially on the defensive pressing, to dominate this meeting,” said rear guard Adboulaye Ndoye after the match. “Our goal is to finish in the Top 4. We wanted to bounce back from three straight losses. Here in Gravelines, I always see nice friends. My dad played here, it’s a special place for me.”

High scorer of the game was Dee Bost, who had 19 points, followed closely by Rob Gray with 18. Brenden Frazier and Damien Inglis were next up with eight a piece.

Monaco made 36 shots out of 69 attempts, going eight for 24 in the three-point range. They had 25 rebounds, 15 assists, with Bost accounting for six of them, nine steals and recovered six stray balls.

The boys return home now for a game against BBD Boulazac-Perigord on Saturday, before taking on Nanterre away on Monday.