Roca team back to winning ways

Roca team back to winning ways 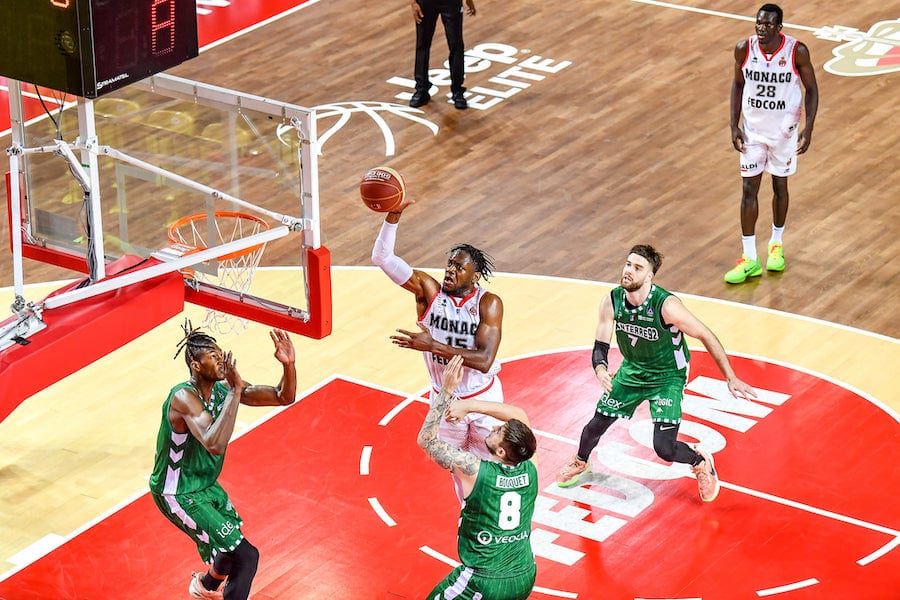 After two consecutive losses in Jeep Elite play, AS Monaco Basketball were back on form when facing off against Nanterre on Monday night, despite being short Mathias Lessort, who is out with an ankle injury.

After two back-to-back defeats in Jeep Elite, a first for this season, the Roca team swung back against Nanterre 92, beating them soundly with a 90 to 67 victory at home.

Nanterre took the early lead but were soon knocked back by Monaco who were not about to let a third one slip away.

In a rather odd turn of events, both team’s coaches, Mitrovic and Donnadieu, were slammed with technical fouls in quick succession, but it was only a blip in the radar on the night.

By halftime and after an amazing last second three-pointer from Ibrahima Fall Faye, the Roca boys went into the locker room with a giant 43 to 27 lead.

After the break, Brenden Frazier leapt immediately in with another three-pointer, just to keep things interesting and it didn’t stop there. Two alley-oops follow from Will Yeguete and Fall Faye widened the gap between the two teams to 20 points. Rob Gray, who had a slow start, suddenly came alive and was a force of nature in the second half.

In the end, Monaco took the game and found their mojo once more.

Coach Zvezdan Mitrovic praised his team, and mentioned the gruelling schedule that lay ahead, saying, “We set the pace and we managed to control this meeting all along while being able to spare some. I thought that Nanterre would be more dangerous with the memory of our match in EuroCup. It is good to end the game without injuries. We will now tackle the three away matches in five days. For a regular season in my 30-year career, I had never known that to happen before.”

Monaco made 33 shots out of 61 tries, going eight for 22 in three-point range. They took 32 rebounds, made 24 assists and had six steals.

The first of the Roca team’s three away games comes Thursday night when they go up against Le Mans.