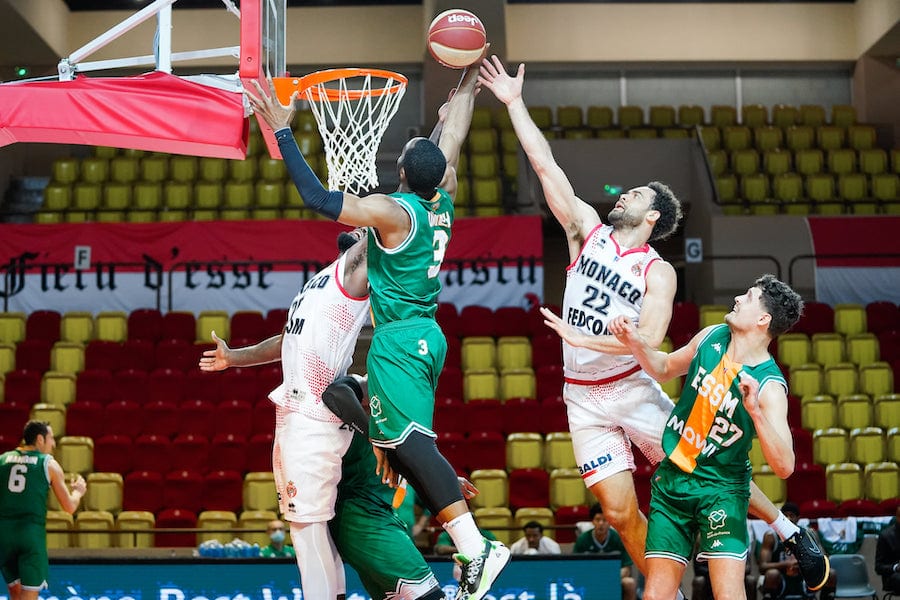 AS Monaco Basketball won a solid victory in their Jeep Elite match against ESSM Le Portel on Saturday night, a much-needed confidence boost after their defeat last week against Badalone.
The Roca Team had a solid 82-60 win at home at Gaston Médecin in their match against Le Portel. It’s not a huge surprise they came out swinging after their disappointing defeat in their last match, a Euro Cup 7 game, against Spanish team Badalone.
This game was a far cry from that nail biter. Team Captain Dee Bost scored eight points in four minutes and the team started the match with an impressive 14 to two lead. They didn’t let up throughout the rest of the match, only trailing behind once in the second quarter.
Whilst all games are important to some degree, the general feeling was that this match was a practice run for the big Euro Cup 7 rematch against Badalone on Tuesday, where the Roca boys hope to pay them back after their devastating loss last week.
“The result was satisfactory, as is the manner. Le Portel is a good team. We kept first place and we are ready for Tuesday against Badalone,” said Coach Zvezdan Mitrovic, rarely one to gush, after the game.
“Tuesday will be a great European match (against Badalone),” added Monaco rear Rob Gray. “We prepared well tonight, Le Portel had energy, they had not played for two weeks. We were solid collectively, we had to defend our first place.”
Monaco made 27 shots out of 64 on the night with 12 out of 34 points made on three-pointers. They captured 38 rebounds, with Damien Inglis having seven on his own, 14 assists and 12 steals.
Rob Gray was high scorer with 18 points, Dee Bost came in just behind him with 16 followed by Mathias Lessort and Abdoulaye Ndoye with eight each.
Monaco will host their new nemesis, Badalone, at home on 2nd February at 7pm.