Roca team blow Gravelines-Dunkerque out of the water 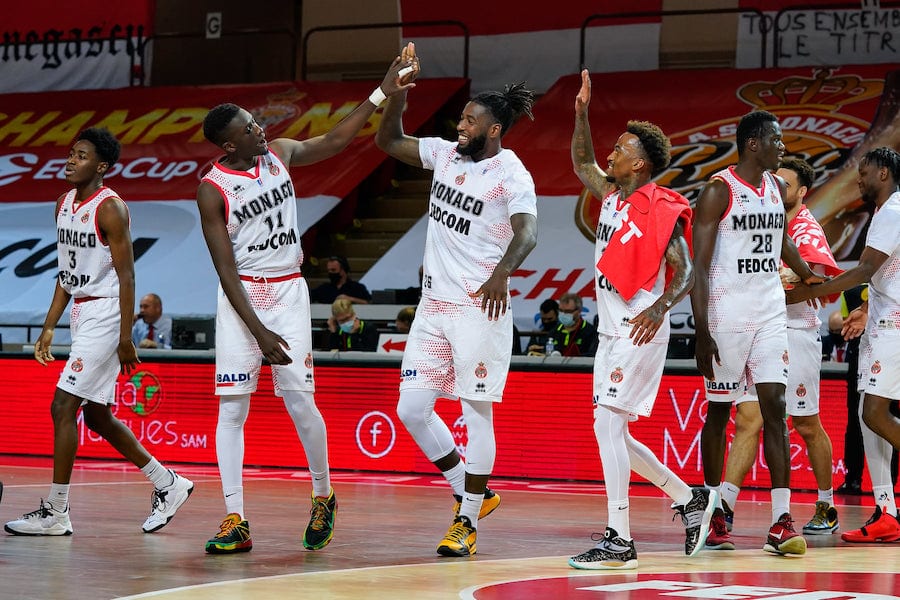 In a night for the record books, AS Monaco Basketball scored the most amount of points in a single game in their club history, leaving a stunned BCM Gravelines-Dunkerque team wondering what hit them.

The first game played by the Roca Team after their Euro Cup 7 victory over the Kazan Unics on 30th April was nothing if not astonishing. At home at Gaston Médecin behind closed doors, Monaco Basketball dominated BCM Gravelines from start to finish, beating them 122 to 69.

Since the teams’ inception in 2014, this was ASM’s highest scoring game ever, also earning the 3rd biggest lead in LNB history, at one point being a whopping 53 points ahead of their opponents.

Monaco was ahead the entire game, with the second quarter being notable in that they only allowed Gravelines six points the entire quarter.

“We were able to play liberated, let go without pressure…” said Team Captain Dee Bost. “We are confident, we are still hungry. The main thing will be to stay focused. We have a big schedule that awaits us and big challenges still on the road.”

Most of the team were on amazing form so no clear high-scorer stood out, though all did well. Dee Bost and Damien Inglis both had 16 points, Marcos Knight came in just behind at 15, Ibrahima Fall Faye brought home 14 points, and JJ O’Brien and Rob Gray each had 13, with Gray being the player who broke the 100 point mark.

Yohan Choupas came off the bench to score his first points for the team as well.

“Congratulations to my team,” Coach Zvezdan Mitrovic said after the game. “It is true that the public, if they had been there, could have had a good time… The boys played with intensity, they let go, they were confident, and it showed. There was a lot of brilliant action and a rare score at this level.”

The Roca boys return on Wednesday night at 8pm when they face off against JDA Dijon on the road.

Lifestyle & Wellbeing Cassandra Tanti - June 16, 2021
Masks are no longer mandatory outdoors in France from Thursday, while the curfew will be dropped completely come this Sunday.

Nice Airport invites you to Christmas in...

Local News Staff Writer - December 19, 2018
Nice Côte d'Azur Airport is getting into the Christmas spirit with a series of events in its terminals. Look out for these when you visit.