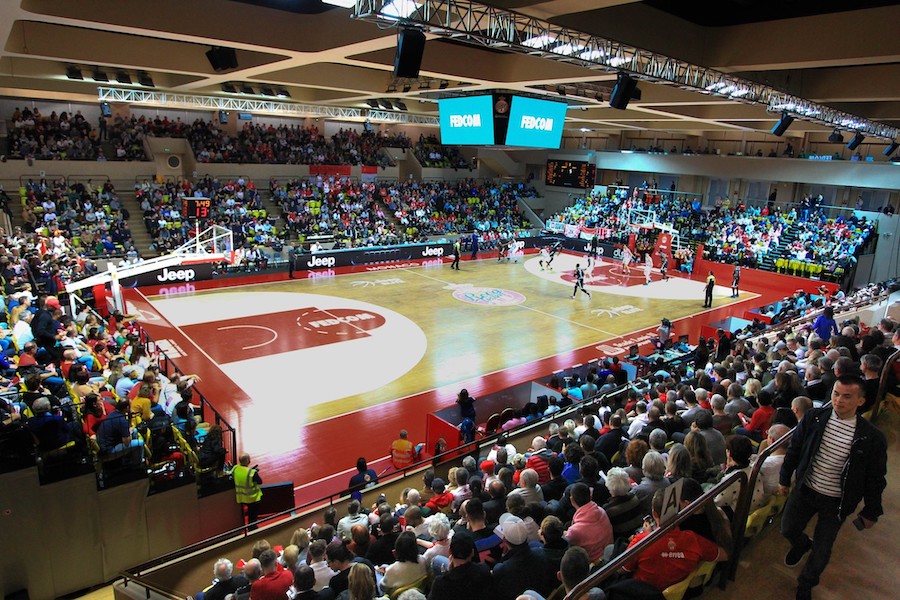 AS Monaco Basketball, benefitting from their home court advantage, has chalked up their first Jeep Elite win of 2020 and their 9th in a row with a 79-59 win over former top-ranked ASVEL Lyon-Villeurbanne on Sunday night.
The Roca Boys played to a packed house of fans at Gaston-Medecin, including HSH Prince Albert II and Formula 1 driver Charles Leclerc, cheering them on from the stands. The win sees them overtake ASVEL for the number one spot in the French league, though both teams currently have 15-2 records for the season so far.
Norris Cole brought home the bacon for the Principality with his stellar 17-point performance, whilst Theo Maledon was on form for ASVEL scoring 11 points on the night.


The game was a battle from the start with both teams playing aggressive defence, though the Red and Whites dominated in the first 15 minutes, and after two back-to-back slam dunks by Eric Buckner, the acting coach for ASVEL, TJ Parker, called a timeout to try to break the spell.
No such luck for ASVEL, as the offense continued to outpace them. Dee Bost and Norris Cole both had 10 points each under their belts by halftime and the score was 41-26.
After the break, ASVEL came out punching and by the 27th minute, Monaco’s lead had dropped to only nine points.
Fortunately, a fantastic dunk by Will Yeguete jump started the team leading to a seven point sprint by JJ O’Brien and a 60-48 lead by the end of the third quarter.
The final quarter saw Eric Buckner land a solid shot followed by a last minute three-pointer and that, as they say, was that.
Coach Sasa Obradovic, tempered as ever, was still guardedly happy to see his team play so well against a formidable rival, saying after the game: “It is important to have an advantage at home. In the second half we didn’t move the ball as I would have liked but to gain 20 points against ASVEL, we can be satisfied… We played well today but that can change very quickly. We have to be focused on the next game. This victory will not be useful if we do not continue. It is important now to start the EuroCup Top 16 well. We have a very tough schedule in January, and we will need everyone.”