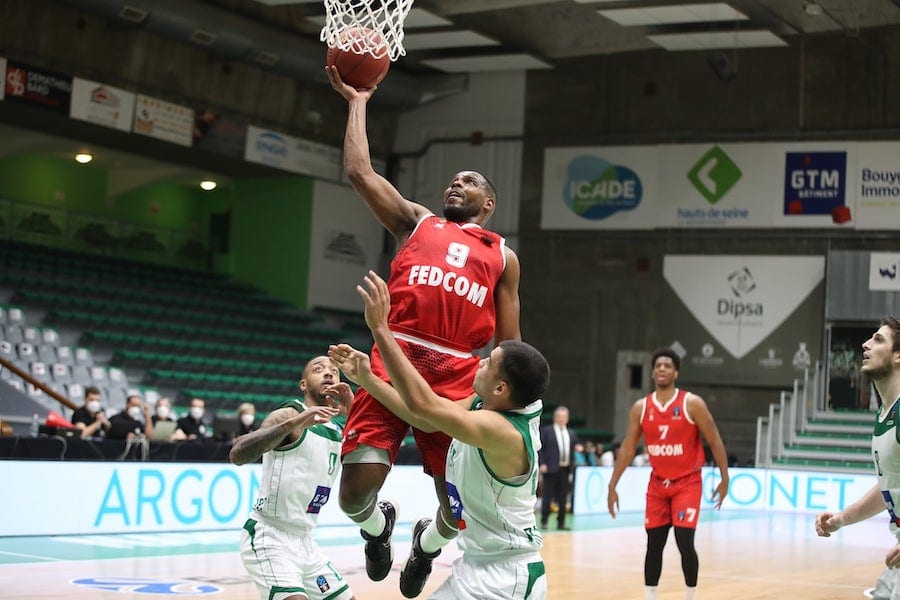 The Roca Team came out swinging and never stopped in their Wednesday night Euro Cup 7 Top 16 match against Nanterre, beating their opponent 93 to 65.
AS Monaco Basketball is back on form after their disappointing loss to Orleans last weekend when they were knocked out of the Coupe de France.
It was clear from the start that Nanterre didn’t stand a chance on Wednesday. The team was determined to take home the win and win they did. They delivered both offensively and defensively, dominating the game on the opponent’s home turf.
Top scorer Marcos Knight had praise for his team, saying “I think we played a big team game in defense. We forced them to take some tough shots and from our side we shared the ball well.”
Knight took home 20 points and seven rebounds on the night, followed by Rob Gray who had 19 points and an impressive four for seven three-pointers. Damien Inglis had 11 points and nine rebounds, and JJ O’Brien brought home 10 points. Will Yeguete picked up 10 rebounds to match his 10 points scored.
The team made 26 out of 38 shots on the night and a whopping 39 total rebounds.
“I’m very happy with the performance of my team, with the way we won this match,” said Coach Zvezdan Mitrovic. “We produced a very good game in attack, collectively. Everything worked out well with a good share of the ball, it was really better than usual in this sector. We confirmed our status as the best defense in the Euro Cup but I really liked what I saw in attack. It’s only the first game but the Top 16 is off to a good start.”
The Roca Team face off against Unicaja Malaga next Tuesday at home at Salle Gaston Médecin.