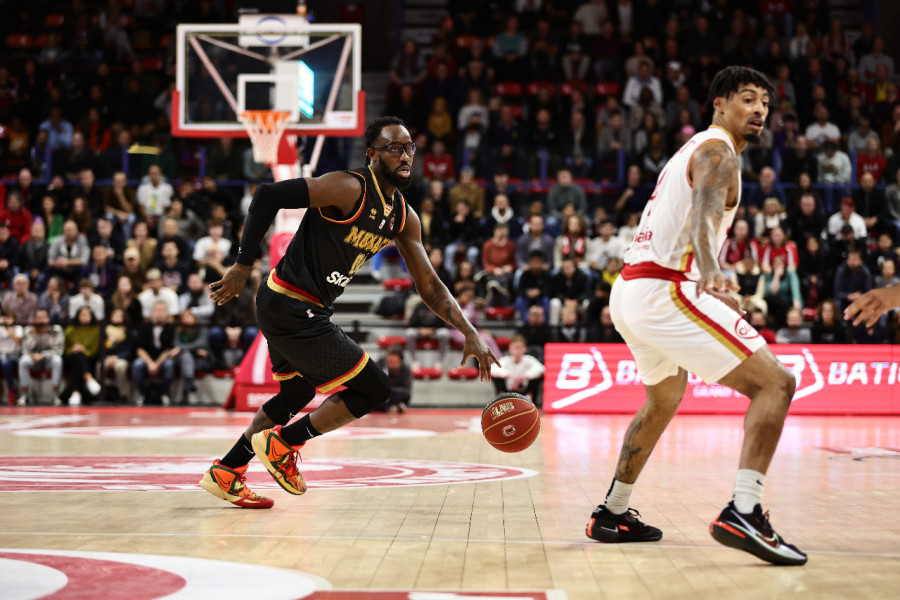 AS Monaco Basketball registered back-to-back wins to continue their winning start to the new season against Nancy (89-76) on Tuesday with another new signing, Jaron Blossomgame, dictating proceedings.

After a tight victory away to Nanterre during Sunday’s curtain-raiser, the Roca Team once again took to the road to face Nancy. Just like in that game, the two sides were evenly matched for large swathes of the encounter, and it was once again one of the summer recruits that finished as the side’s top scorer on the night.

After being left out of the squad for the opening gameweek, Blossomgame was thrown straight into the starting line-up and didn’t take long to mark his arrival felt, scoring 20 points in his first game in Monégasque colours.

However, Monaco didn’t have things all their own way, and in the first-half, in particular, they had to match Nancy’s physicality just to keep the scores level. Neither side could make the break, although an Adrien Moerman three-pointer, followed by a Jordan Loyd hoop from within the key gave the visitors a short-lived five-point lead. Nancy quickly hit back to reduce the deficit before taking a two-point lead (27-25).

Monaco found their rhythm and started to construct what proved to be an unassailable lead following the return from the dressing rooms at half-time. A Blossomgame three-pointer marked the start of a quarter that Monaco would largely dominate. John Brown, Alpha Diallo and Yakuba Ouattara also chipped in to ensure that Monaco went into the fourth-quarter with a comfortable advantage (64-74).

The Roca Team continued to assert themselves in the final 10, maintaining and slightly growing their lead on their way to an 89-76 victory. Ultimately, Nancy couldn’t keep pace with a physically and technically superior Roca Team on the night.

Having registered two victories in their first two Betclic Elite matches, Sasa Obradovic’s side now prepare for their return to the Principality, where their fans, as well as a new stadium, awaits them on Sunday. 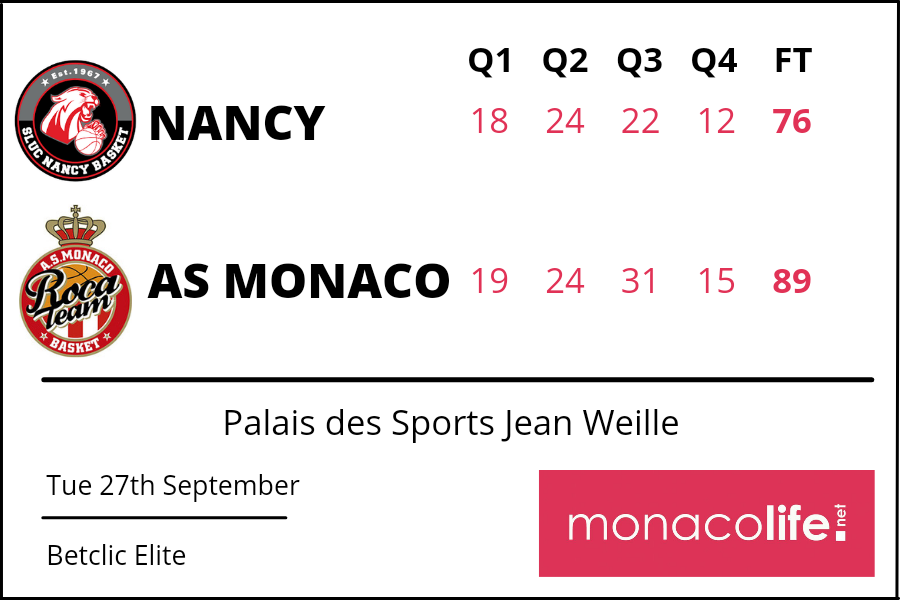 Photo above source: AS Monaco Basketball