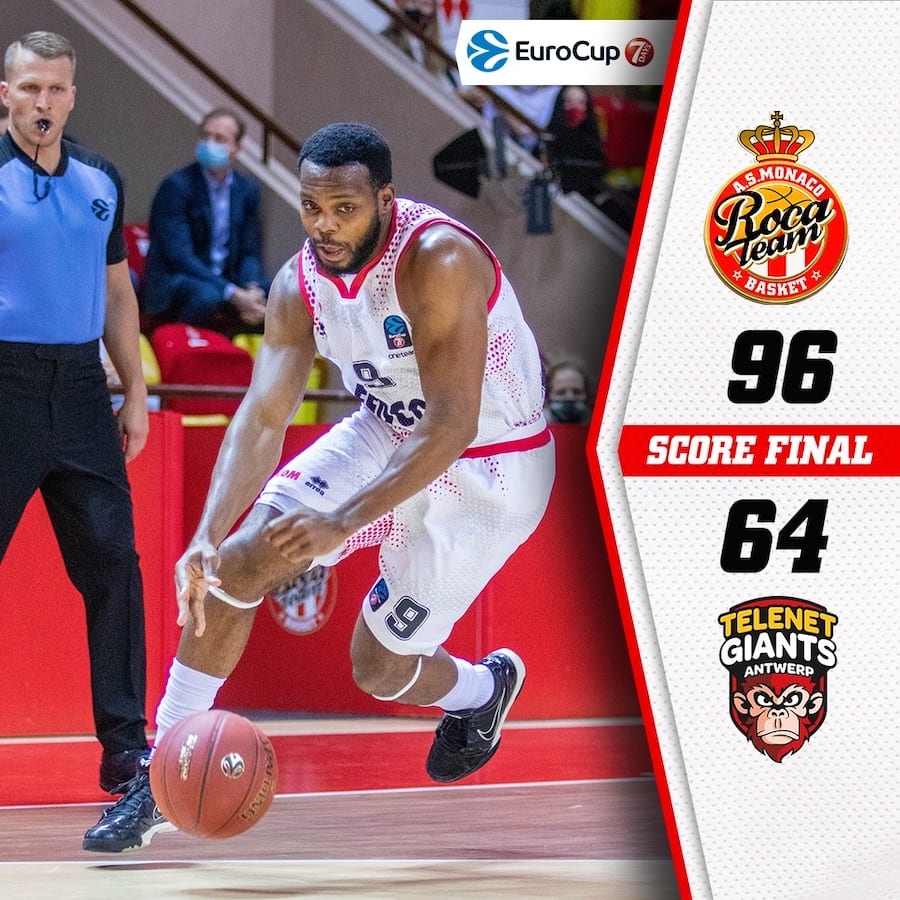 An undefeated Roca Team took to the courts on Wednesday, blowing 2019’s third place-ranked Antwerp clear out of the water at a game played at home in Salle Gaston Médecin.

While the whole team was on top form, it was Marcos Knight who stood out with an amazing 20 points on the night.

“What drives us is the taste for victory. We are a team where everyone plays for the other. We take great pleasure in growing together,” declared a rather humble Knight after the match.

The team converted 28 shots out of 51, with 9 out of 20 in the 3-point range. Matthias Lessort boasted eight rebounds and Will Yeguete had seven out of the 42 total.

Antwerp came out strong in the first quarter where they briefly held the lead, scoring a whopping 27 points, but couldn’t hold onto the momentum after that. The Giants’ Ibrahima Faye had a seriously good showing, scoring 21 points and teammate Kenneth Smith came in with 15 points.

Antwerp’s coach, Christophe Beghin took the defeat with grace, saying, “If you are not ready for the physical challenge against Monaco, you have no chance.”

Monaco Coach Zvezdan Mitrovic was quietly proud but guardedly optimistic, saying, “In the second half, we put out good defence, intensity, fast play, against a good team from Antwerp. I am satisfied. The team is building up. The test for us will be against the two toughest, and the favourites of the competition, Bologna and Krasnodar.”

The Roca Team’s next event will be played on Saturday in a Jeep Elite match against Elan Chalon in Gaston-Médecin.